Miriam Hickey has been named Director of the U.S. Soccer Girls Development Academy, which kicks off its first season in August. Hickey, most recently Director of Coaching at the Troy Soccer Club in Michigan, is a FIFA women’s instructor who helped develop FIFA’s girls and women's master's program.

Her soccer experience dates back to her childhood in the Netherlands -- “In my family everybody played. My uncles, my father, my grandfather,” she said – where she enjoyed playing street soccer. “It was ages 8, 9, 10, 11, 12 -- different ages playing together," she said. "We arranged it ourselves.” 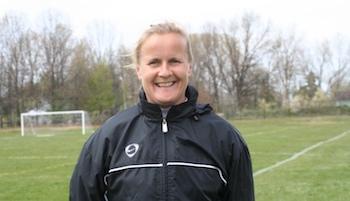 SOCCER AMERICA: Why do you think having a U.S. Soccer Girls Development Academy will be better than the status quo?

MIRIAM HICKEY: What this program does is it simplifies the landscape. It also provides the pathway directly to professional clubs and the national youth teams … with U.S. Soccer being in charge. I’ve always believed the top leagues in a country should be run by the national association. Nobody can support the coaches and clubs as well as the [federation].

It’s a 10-month program where we create a consistent environment for the players to develop in. Playing with international rules [limited substitution] on a weekly basis will allow players to adapt to that and to make the decisions necessary to manage games, and not go a 100 mph for 15 minutes and go take a break for 10 and come back on.

The goal is to get as many youth players in the system as possible so the top players can compete at the international level.

SA: How will we be able to judge in the years to come whether the Girls DA is a success?

We also want to see a big change in the speed of play of our players, the decision-making on the field. I look forward to watching that development.

SA: The Girls DA’s four age groups start at U-14, but obviously players’ experience at the younger ages are a crucial part of their development. How does the DA influence that?

MIRIAM HICKEY: The clubs that are a part of the Development Academy of course also field teams of 8-, 9-, 10-year-olds. The coaches of the older ages have relationships with the coaches of the younger ages whom they influence to make sure the players are ready when they move up to the Academy teams.

The clubs will have pathway from 6-year-olds to when they’re ready to play in the Development Academy.

They will be looking to develop players to make decisions at a higher speed. With right foot and left foot, and all the aspects that you need to be successful. Not just attacking but team defending. That needs to be developed.

We also have the National Training Centers, at which we currently train players as young as the 2005-born to give them a taste of what it’s like to train at that higher level. 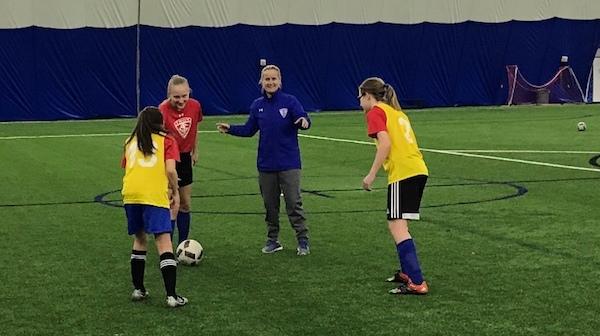 SA: The ECNL has since its launch in 2009 served elite girls players. What do you think its future will be in light of the Girls DA launch?

MIRIAM HICKEY: What I expect is the elite players will gravitate toward the Development Academy because it will be the most direct pathway to make youth national teams, to develop at the highest level possible.

The ECNL league, I understand, will continue and they will do their thing and we will do our thing … The ECNL is good for some players and that will be the same for the Development Academy. You’ll have groups of players who will gravitate to ECNL if they want to play other sports and want to play in high school -- and the Academy is not for them. And there’s a market for both. Over a period of time, I think the elite players will gravitate toward the Development Academy.

SA: Give us an example of what your role will entail.

MIRIAM HICKEY: We’ll be hiring the Technical Advisors. There will be eight to 10 of them around the country and they will be working on a daily basis, with their feet on the ground, with the clubs in their regions. I’ll be leading them and helping them help the clubs and supporting them the best we can to help these players

Day-to-day, I’ll be in touch with our Technical Advisors. On a bigger scale, I’ll be looking at what we need to adapt to make the program better.

The USA has always been the country that has set the standard for women’s soccer and we want to stay at that top level. We want to win the World Cups and the Olympic gold medals. My goal is to get as many players from the Development Academy into the national team program. And be successful at the international level.

My day-to-day will include administrative duties, but also making sure the standards are high.

SA: When you go to watch DA games, what will you be looking for?

MIRIAM HICKEY: There’s not one right way to play. Sometimes the team that plays the long ball wins the game. And at the top level, it’s about winning. But in youth development programs, it’s about players being able to recognize situations on the field. To be able to adjust what they’re doing and react to it and solve those soccer problems on their own without someone on the sidelines telling them what they need to do.

When I watch a team under pressure not use their goalkeeper to relieve pressure, and instead kicking the ball out of bounds to reset, that’s usually a sign that you have a coach who’s not developing their team.

If a goalkeeper makes a save and all she looks for is to punt it – she doesn’t look if there are opportunities to build out of the back -- that’s usually an indicator the team has not been given the opportunity to develop.

At 14 and 15, it’s already a little late. That needs to be taught when they’re 8, 9, 10. That’s when you don’t care if you get scored on five times -- as long as over the course of a year these players learn to recognize those situations.

For me, it’s a player’s game. I’m looking for coaches who inspire their players. Who let their players make decisions. Coaches who are giving information instead of, “Hey that was a good job” or just telling them what they did wrong.

I believe in short information and letting the game flow.

SA: When we spoke six years ago, we talked about the lack of female coaches. Have you seen an increase?

MIRIAM HICKEY: I haven’t seen the numbers yet of all the clubs, but in general I do see more. I’d very much encourage our top level former players in this country to join the coaching ranks. We want to keep them in the system and be role models.

SA: What is a way to encourage female players to become coaches?

MIRIAM HICKEY: A lot comes down to how do you develop your players. If a male coach allows their female players to make decisions on the field, and if they see female coaches on the sideline, they’ll say, “That’s something I can do.” If you grow up only seeing male coaches, they’re not going to feel like that’s something they can do.

If you do have a male coach, he can help these girls understand that you’ve got to think as a coach on the field.

When a coach delivers information in an “I’m in charge” manner and the players better listen and do exactly what he says -- that’s not a way for them to become thinkers on the field.

The game is too complex to coach that way. When they’re coached in way that enables them recognize all the different situations and make their own decisions, they’re more likely to develop into thinkers on the field -- and to start believing that they too could become coaches.