Tab Ramos, who played for the USA in the 1983 U-20 World Cup, now aims to coach the USA in a third straight U-20 World Cup. The quest to qualify for the 2017 U-20 World Cup in South Korea begins on Saturday, when the USA opens against Panama at the Concacaf U-20 Championship in Costa Rica (Feb. 17-March 5).

“We’ve had very good goalkeeper competition in this cycle,” said Ramos. “Both Jonathan Klinsmann and JT Marcinkowski have done a great job in terms of competing with each over particularly the last six to nine months. At this point, it looks like Jonathan Klinsmann is the one who’s going to be ahead as the starter for the tournament. Jonathan is really coming along well. I know that he’s had some training opportunities in Europe. He’s had training on the side, not just at Cal. So he's doing a lot of homework." 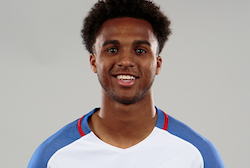 Erik Palmer-Brown to lead
The one player who was part of the USA’s 2015 U-20 World Cup quarterfinal team, Sporting Kansas City’s Erik Palmer-Brown, will wear the captain’s band.

“I’ve had Erik with me for about three years, Ramos said. “He did a tremendous job as a younger player in the last cycle, getting good opportunities to play. And he belonged there.”

Palmer-Brown made one appearance at U-20 World Cup, starting as central defender in the final group game, a 3-0 loss to Ukraine.

“The issue he had in the last cycle was he had to take a backseat to Matt Miazga and Cameron-Carter Vickers, and they’re both top-class center backs,” said Ramos. “In this case, Erik can help our team both at center back and in midfield. He has become a leader off the field as well. He has the experience now and he has the belief and the following of the group. And he’s a good person. He believes in all the values of our national team and believes being successful here is an important part of his career and for what he has next."

2017 Concacaf U-20 Championship Groups
Group A: Mexico, Antigua & Barbuda, Honduras, Canada
Group B: USA, Panama, Saint Kitts & Nevis, Haiti
Group C: Costa Rica, El Salvador, Bermuda, Trinidad & Tobago
The top two finishers in each of the three groups will advance to the second round, which will comprise of two groups of three teams. The top two finishers of each group of the second stage will qualify for the U-20 World Cup in South Korea May 20-June 11. 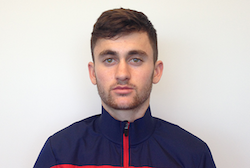 Who will be the playmaker?
Asked whom he expects to take the reins as a playmaker, Ramos the role doesn’t necessarily come down to a single player.

“Even in the last cycle, when Gedion Zelalem sort of held the reins with Emerson Hyndman in the middle -- I don’t think there was ever one person who was the brains of the team, just running it,” he said.  “I think this group is a little bit the same. Obviously, there’s no Emerson Hyndman here [aged out] and Gedion we couldn’t have, unfortunately [playing with VVV Venlo] -- but we have good players.

“We have Sebastian Saucedo here, we have Luca De la Torre here. Having players like Eryk Williamson, Brooks Lennon -- they’re all players who can create on the attacking side. We’ve given them full confidence to create, to be creative and think out of the box. So I’m very happy with what we have.”

Missing players
No one expected Borussia Dortmund’s Christian Pulisic to play in the qualifiers, but several other European-based players are missing as well, including Zelalem, who scored his first professional goal last week, with Dutch second division club VVV Venlo, and Carter-Vickers (Tottenham). Other players not released by their European clubs were Mukwelle Akale (Villarreal) and Joshua Perez (Fiorentina). A trio of U-20 eligible players, Haji Wright, Weston McKennie and Nick Taitague, are at Schalke 04.

“We’re missing players we were hoping to count on,” Ramos said. “Having said that, I think the group we have here is ready to compete and as ready as either one of the last groups that we’ve had.”

Compared to previous U.S. U-20s
During Ramos’ first run at the U-20 helm, the team finished second at the Concacaf U-20 Championship to host Mexico and was eliminated in the first round of the 2013 World Cup, where they were grouped with eventual champion France, eventual third-place finisher Ghana and European champion Spain. In 2015, the USA fell to eventual champion Serbia in a penalty kick shootout in the quarterfinals.

“It’s hard to compare because the other two cycles were very different,” Ramos said. “In the first one, we really lacked athletic ability although it was a good technical group and a group that did well in qualifying. I think we lacked that athletic component that you need to compete with the European teams and the top South Americans.

“This group falls in between both of those. I think we have tremendously talented players skill-wise but we also have a physical component that’s also very important.”

Panama: the first foe
“At the last cycle, Panama was the best team in the tournament,” Ramos said. “They lost to Mexico on penalty kicks in the final. But they were the best. I’m not sure if they’re the best team this time, but I know this going to be a tough team to start the tournament with.”