The USA's quest to qualify for the 2017 U-20 World Cup is in danger just one game into the Concacaf Championship. Despite playing with a man advantage for 72 minutes, Coach Tab Ramos’ team fell, 1-0, to Panama.

The USA, which must finish in the top two of its four-team group to advance to the second round, on Tuesday (5:30 p.m. ET, Univision Deportes/Facebook Live) faces Haiti, which opened with a 5-1 win over St. Kitts & Nevis. A loss to Haiti would almost certainly eliminate the Americans and a tie might not be enough even if they finish with a win over St. Kitts on Friday.

“We are obviously a little disappointed with the result,” Ramos said. “In particular, being a man up for that long of a period of time and not being able to win the game is certainly disappointing. But the tournament is long. And these sort of things happen here. Last time we started with a loss and a tie and went to the World Cup and certainly we’re hoping we get better as the tournament goes on.”

The USA went on to reach the quarterfinals of the 2015 U-20 World Cup after their slow start in qualifying -- where it also fell to Panama -- but the Concacaf Championship first-round format two years ago was more forgiving -- with three teams from a six-team group advancing to the next round.

Haiti qualified for this Concacaf Championship by winning the Caribbean title, which saw Jamaica eliminated because of an upset by St. Kitts & Nevis.

The Haitians took an early lead over St. Kitts & Nevis on a goal by Canadian-born Jimmy-Shammer Sanon, scorer of the 2017 USL Goal of the Year while playing for FC Montreal. They also got goals from Alessandro Campoy, a red-shirt freshman at Florida International University who played youth ball for Weston FC and appeared for the U.S. U-18s in a 2014 scrimmage – scoring against OC Blues FC -- before committing to Haiti for the 2015 Concacaf U-20 Championship. Another scorer against Saint Kitts, Jonel Desire, played for and scored for Haiti’s full national team at the Caribbean Cup earlier this year.

For its part, the USA must recover from a disjointed performance against Panama in which they rarely threatened despite the man-advantage. The best U.S. chance came when Jeremy Ebobisse hit the crossbar with a header in the 48th minute.

Panama had the first good chance of the game in the 15th minute when a low Leandro Ávila pass from the wing was knocked away in front of Ronaldo Cordoba by a sliding Marlon Fossey.

Los Caneleros took a 37th minute lead with a shot by Avila, who plays at Iowa Western Community College, that deflected off defender Fossey and beat goalkeeper Jonathan Klinsmann high at the far post.

“It’s a tough loss,” said U.S. captain Erik Palmer-Brown. "But we still have two more games. We look forward to the next game. And we’re going to bounce back. We have to bounce back." 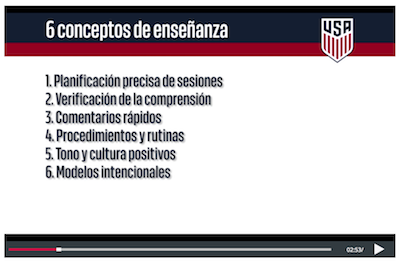