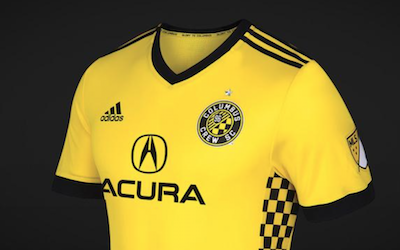 Acura has manufacturing operations in Marysville and East Liberty, Ohio, along with R&D facilities in Raymond with a 10,000-plus workforce. Its partnership with Crew SC will support the Central Ohio community with programming and employee engagement benefits.

“The prestige of the Acura brand and company’s unwavering commitment to Central Ohio are powerful forces we are now honored to proudly stand alongside,” said Crew SC president of business operations Andy Loughnane. “Acura and Columbus Crew SC are both committed to positively impacting our community, and this landmark partnership represents the collaborative capabilities of two brands that firmly believe in Ohio.”

Acura will partner with Crew SC on a variety broadcast and digital media assets on its the first jersey sponsorship.

“As the home of the development and production of the majority of Acura vehicles, Central Ohio is a very special and important region for the Acura brand and our associates,” said Jon Ikeda, vice president & general manager of Acura. “We look forward to our new partnership with Columbus Crew SC, and to working together to take the soccer experience in Ohio to the next level.”