MLS kicks off its 22nd season Friday night when the Portland Timbers host Minnesota United. By Wednesday, Timbers fans in tents had already begun to camp out outside of Providence Park. More than 150 Dark Clouds supporters have flown in for MNUFC's first game. That sort of passion around many MLS markets has become the norm. But we'll look at what's new in MLS, on and off the field, in 2017.

1. Arthur Blank. The co-founder of The Home Depot isn't the first NFL owner to own an MLS team. Robert Kraft has owned New England since MLS's launch in 1996. Stan Kroenke has owned the Colorado Rapids since 2003, long before he became majority owner of the Rams. Seahawks owner Paul Allen is a former minority owner of the Sounders.

But Blank, the owner of the Falcons, has taken launching an MLS expansion team to a new level. Atlanta United should sell out Bobby Dodd Stadium (capacity: 55,000) for its first game Sunday against the New York Red Bulls, and it has sold more than 33,000 season tickets for when it moves into its permanent home, the Mercedes-Benz Stadium, in July.

Atlanta United was founded in 2014, which gave Blank, a soccer parent, plenty of time to assemble a triumvirate of Darren Eales (former Tottenham executive by way of Brown University and the A-League), Carlos Bocanegra (former U.S. national team captain) and Gerardo "Tata" Martino (who coached Lionel Messiat both Barcelona and on the Argentine national team). 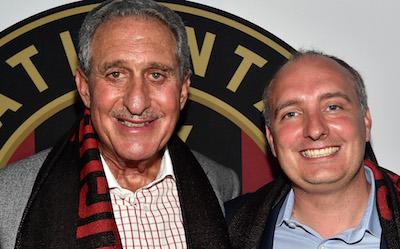 2. Orlando City Stadium. Sunday will also mark the opening of Orlando City Stadium. Such was the interest for the Lions upon their launch two years ago that they increased the capacity of their new downtown stadium to 25,500. Season tickets were capped at 18,000, and the remaining tickets for Sunday's game against NYCFC were snapped up the day they went on sale. 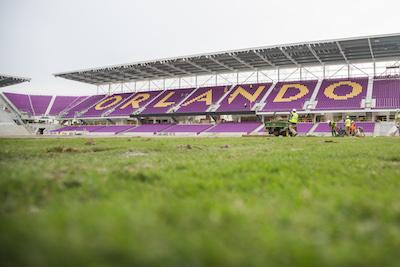 3. TAM. Targeted Allocation Money was increased to $1.2 million per team for 2017 and teams are now allowed to use up to $200,000 on the signing of new Homegrown players. The goal is to upgrade MLS teams in the category of players below Designated Players. In all, 21 players representing 20 different countries have already been signed with the use of 2017 TAM. American fans probably knew only a few before this season: Brad Guzan (who'll join Atlanta in July), for sure, and perhaps Costa Ricans Francisco Calvo (Minnesota) and Marcos Urena (San Jose) and Honduran Romell Quioto (Houston) from Concacaf play.

4. Jesse Fioranelli. It took four months and a world-wide search, but the San Jose Earthquakes finally filled their GM vacancy with Fioranelli, a former Roma and Lazio executive specializing in analytics. He quickly boned up on MLS's byzantine roster rules and player mechanisms. Within a month of his arrival, Fioranelli used his European connections for the Quakes to sign four players with TAM: Danny Hoesen, Jahmir Hyka, Florian Jungwirth and Marcos Urena.

5. Albert Rusnak. The days of aging international stars may be over. Frank Lampard and Steven Gerrard, to name two, lasted less than two years in MLS. Stronger rosters have allowed teams to take a new approach to Designated Player signings. Many DPs have been brought in to fill a specific need -- and many are unknowns to American soccer audiences. Perhaps no player will be under more pressure than Rusnak, the 22-year-old Slovakian national team playmaker whom Real Salt Lake signed to replace 10-year veteran Javier Morales, who set the standard for Argentine playmakers who have thrived in MLS. 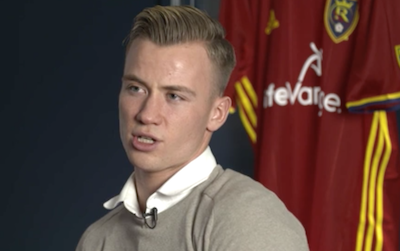 6. USL "B" team signings. Twelve MLS teams owned or operated USL teams in 2016. The same number will field teams in the USL in 2017, though FC Montreal is gone and Reno 1868 (stocked with San Jose players) takes its place.

This investment in USL "B" teams is the latest outlay owners have made in player development, and they will be looking at their ROI. MLS clubs are investing in young (and inexpensive) imports (mostly Caribbean and African players) and academy players as they accelerate the player development process, pushing aside the traditional college system.

The 12 MLS teams that operated USL second teams last season have signed more players from these second teams (24) than they've signed out of college (20) in 2017. One player to watch: Aaron Long, the 2016 USL Defender of the Year with the champion New York Red Bulls II. He's claimed a starting spot on the Red Bulls for the 2017 season.

7. Jake Nerwinski. College soccer has taken a secondary role in player development as MLS clubs rely more on players whom they've developed in their academy programs and USL teams and whose rights they own. It looks like Nerwinski, who started both legs of the Concacaf Champions League quarterfinal series for Vancouver against the Red Bulls at right back, will be the only one player taken in the 2017 SuperDraft who'll start on opening weekend. He hails from a traditional soccer hotbed (Trenton, New Jersey) and college soccer power (UConn) but was so undervalued that he entered the 'Caps' winter camp without an MLS contract.

8. Derrick Jones. Earnie Stewart, the Philadelphia Union's second-year sporting director, believes in moving players up the ladder as quickly as possible. Jones signed with Bethlehem Steel, the Union's USL team, in December 2015, and was one of many Union academy players to gain pro experience in the USL last summer. Jones, who became the Union's first Homegrown signing in July 2016, turns 20 on Friday and could make his pro debut in the Union starting lineup at Vancouver on Sunday.

9. New beat writers. Soccer's fight for media coverage is made all the more difficult as most newspapers are reducing resources. Papers in Seattle and Vancouver, major MLS markets, both laid off their soccer beat writers (Matt Pentz and Marc Weber, respectively) during a recent round of cuts. With that in mind, the commitment of newspapers in Atlanta and Minnesota to soccer is very encouraging, and the Atlanta Journal-Constitution's Doug Roberson (@dougrobersonajc), Minneapolis Star-Tribune's Megan Ryan (@theothermegryan) and St. Paul Pioneer-Press' Andy Greder (@andygreder) are all worth following.

10. Howard Webb. You might know the Englishman as the only referee to do both a UEFA Champions League final and World Cup Final in the same year (2010). He's been hired by PRO chief Peter Walton, his close friend, to oversee MLS's testing of Video Assistant Referees program. Technology will be tested during the first half of the season and MLS plans on introducing video replay after the All-Star Game in early August.