Real Salt Lake fired head coach Jeff Cassar three games into his fourth season as the MLS team's head coach. RSL director of goalkeeping Daryl Shore will serve as interim head coach while a replacement is being sought for the first MLS coach to be fired in March. 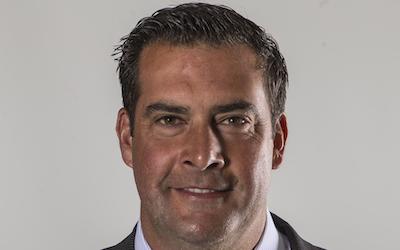 "We want to thank Jeff for his many contributions to the success of Real Salt Lake over the past decade, including our championship run in 2009. Jeff has always handled himself with class and dignity and represented the organization and community extremely well," RSL owner Dell Loy Hansen said. "We wish Jeff and his family much success in their future endeavors."

Cassar, 43, came to RSL as an assistant coach under Jason Kreis in 2007 and remained in that role through the 2013 season. He took over as head coach when Kreis left and coached RSL for three full seasons. He went 38-37-30 and RSL reached the playoffs in two of his three full seasons.

But RSL finished the 2016 season without a win in its last eight games (seven games in regular season, plus 3-1 defeat at the LA Galaxy in Knockout Round) and opened the 2017 season without a win in three games (0-2-1 record with one goal scored). RSL fell at home to the Galaxy, 2-1, on Saturday, extending its winless streak to almost seven months.

RSL has two coaches in its system with MLS head coaching experience: Mike Petke (its new Monarchs head coach) and Martin Vasquez (who heads its academy program in Arizona).