A crowd of 19,417 showed up to the Cotton Bowl on Sunday to watch youth soccer. As part of the triple-header on the opening day of Dallas Cup U-19 Gordon Jago Super Group play, FC Dallas beat Everton, 5-0, and Chivas Guadalajara downed Manchester United, 4-1. Among those in the stands, Gordon Jago himself.

“It’s incredible to see how far we’ve come,” said Jago, who first experienced American soccer when he arrived from England to coach the Baltimore Bays, who in 1968 averaged less than 6,000, and barely broke the 1,000 mark in the 1969 NASL season before he returned to England.

The Dallas Cup launched in 1980. Jago served on its board in the 1980s, and as its Executive Director from 2002 to 2012. His name was added to the Super Group in 2011 and he now serves as the tournament’s Ambassador and Special Consultant.

Jago was 70 when he took on the Executive Director role, which came after a long coaching career that started in his native England and eventually led to Dallas, where he’s lived since 1984, when he took charge of the indoor Dallas Sidekicks.

It’s nice timing that, as the competition with his name on it started in such spectacular fashion, Jago has published his autobiography. 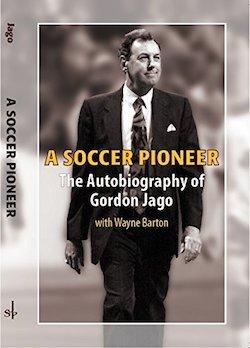 “My earliest memories are of standing in a bomb shelter at the end of our garden, watching bombs from German planes rain down on the capital,” is the opening sentence of “A Soccer Pioneer: The Autobiography of Gordon Jago” by Gordon Jago with Wayne Barton. (Paperback) 2017.

Of course, it soon moves on to soccer. Jago’s father would take Gordon to the West Ham games he attended with his co-workers from the engineering company that manufactured brass used for shells and bullets. Gordon himself got an engineering degree, which would be his backup if his soccer dreams weren’t realized: “If I failed, I could move on.”

As it turned out, Jago has remained in the game from the day he signed at age 17 with Charlton Athletic, for which he debuted against Arsenal.

From early in his playing career, Jago studied the game, training methods and player management the way a future coach would. He questioned why so much training was without the ball. “Jack, you could train a bloody chimp to do your job,” he told a coach after his frustration about the unsophisticated practice sessions came to a boil.

The lack of communication between coaches and players also frustrated him. At Charlton, players would have to check the team sheet in the locker room after Friday practice to see if they were playing on Saturday, but the team selection was released to the press to appear in the Thursday evening paper:

“My local news agent used to take great joy in telling me, ‘I see you are not playing this week!”

When he became coach, he’d announce the weekend’s team early in the week, so it would have plenty of time to “perfect tactics, free kicks, etc.”

He started attending English FA coaching courses early in his playing career and coached England youth national teams. He admired Brazil’s 1958 World Cup-winning team, promising himself to “implement changes and get with the modern game.” West Germany’s performance in a 3-1 win over England at Wembley in the 1972 European Championship would also have a major influence on him:

“It was a brilliant display of interpassing, movement off the ball, all ten outfield players with excellent technique in dealing with the ball and all confident in possession adding up to one of the finest displays of attacking football that I have ever seen.”

Jago retired from playing at age 28, after getting kicked in the eye, and went straight into coaching, first with amateur Eastbourne United and then as an assistant coach for Fulham, with which he traveled to play friendlies in Oakland and San Francisco. A trip that created contacts leading Clive Toye to offering him the Bays' job.

In 1970, he returned to England and took charge of second division Queens Park Rangers. In “Soccer Pioneer” he describes his coaching style:

“As a manager or coach I didn’t swear at any player meetings and my immediate after the game comments were always brief and to the point. … No blame game. No finger pointing. Sometimes I would state, ‘Put that loss down to me’ or ‘wrong selection’ or ‘wrong tactics.’ I was not ashamed to accept culpability.” 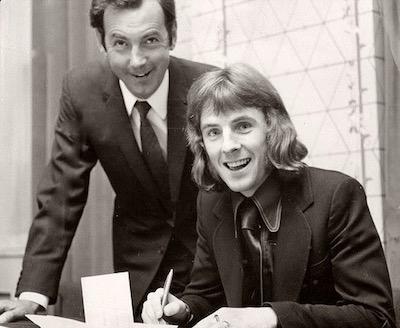 Under Jago, Queens Park Rangers won promotion to the First Division after the 1972-73 season and in its first season at the top flight won The Sun’s award for playing the most attractive soccer in the top tier:

“That can all be traced back to that game, England vs. Germany at Wembley. … We noticed that Germany defenders were keeping possession of the ball deep in their half and building their attack with a series of short man-to-man passes. We adopted the same methods in training, as I think most clubs probably did, but when it came to match day, they reverted to what was familiar, their old ways, long passes high into the middle of the pitch. It was our intention to take this possession style into games as well.” 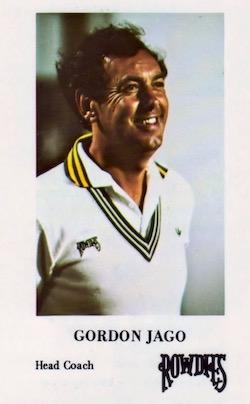 After QPR, he coached Millwall, then returned to the USA to take charge of the Tampa Bay Rowdies, who were runners-up twice while Jago was at the helm from 1978 to 1982.

Coaching professional soccer in those days in the USA also meant promoting the sport to the grassroots, a task that Jago relished. And when the NASL folded in 1984, he was not among the legions of foreign players and coaches who took advantage of the boom years and went home. Jago stayed.

"I enjoyed the way of life and made so many friends here," he says. "In spite the doom and gloom heard from certain people, I continued to believe in American soccer.”

He coached the Dallas Sidekicks to MISL and CISL championships and then shunned retirement to work for the Dallas Cup. And that’s where he is this week, still helping out, still enjoying himself.

“A Soccer Pioneer: The Autobiography of Gordon Jago” by Gordon Jago with Wayne Barton. (Paperback) 2017.