The USL's Louisville City FC is looking to build a 10,000-seat, soccer-specific stadium in Butchertown, where the club plans to transform 40 acres with a development that will include space for offices, hotels and retail. 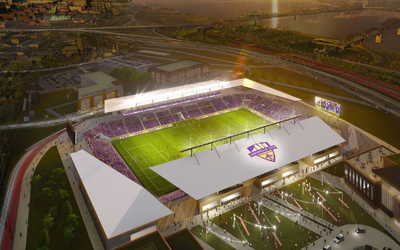 “Since receiving the results of the study, our board has explored a number of potential stadium locations, but none measured up to this site as a long-term home for Louisville City FC,” said club chairman John Neace. “We’re ready to solidify the future of LouCity, an important community asset.”

In its third season, LouCity plays at Louisville Slugger Field, a minor-league baseball stadium where it averaged 7,218 fans in 2015, but has determined it will not be financially viable in the long term without its own home. Tracts of land are under option in Butchertown.

The whole development would cost an estimated $200 million. LouCity is expected to seek state financing for a portion of the cost of the stadium.

"Louisville City Football has created great energy for downtown playing at Slugger Field," Karen Williams, president and CEO of the Louisville Convention & Visitors Bureau told the Louisville Courier Journal. "Soccer has been really on the uprise for the last five to 10 years both here and nationally. Soccer here has a huge base of very loyal fans.   The stadium will bring in fans from around the region — and money. The fans will eat at restaurants before and after games."