Will we see the next Pulisic? Meet the U.S. boys aiming for the U-17 World Cup

Will the Concacaf U-17 Championship reveal the next Christian Pulisic?

Pulisic played for the U.S. U-17s at the 2015 regional championship, which serves as qualifying play for the U-17 World Cup, 10 months before making his Bundesliga debut. Also on that U.S. U-17 team, were Tyler Adams, Josh Perez and Luca de la Torre, who played for the U.S. U-20s in their 2017 Concacaf U-20 Championship title win and who have made first-team debuts for the New York Red Bulls, Fiorentina and Fulham, respectively. 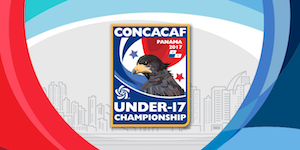 This games will be streamed live on the Concacaf Facebook page.

The USA must finish in the top two of Group C to advance to the second group phase, the “classification stage,” which will be comprised of two three-team groups. The top two finishers of each classification stage group will qualify for the World Cup. The second-round group winners will meet in the final.

The USA has failed only once, in 2013, to qualify for the biennial world championship since its inception in 1985.

• Georgia is the best represented state, with four players, followed by New York, Florida and Texas with two each. 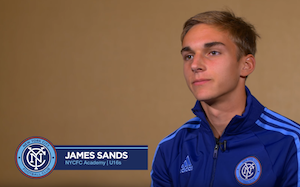 MIDFIELDERS
George Acosta (2000) Weston FC/Hollywood, Fla.
Scored twice in 3-2 win over host France in the final of the 2016 International Montaigu Tournament, at which he also twice in a 4-0 win over Russia and twice in 2-2 tie with England. It was the USA’s first title win at Montaigu Tournament since 1992. 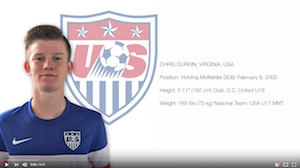 Christopher Durkin (2000) D.C. United/Glen Allen, Va.
Signed Homegrown contract with D.C. United on June 14, 2016, and debuted for first team the next day in the Lamar Hunt U.S. Open Cup. Appeared in three USL games for D.C. United affiliate Richmond Kickers in 2016 and started three games for the Kickers this season.

Blaine Ferri (2000) Solar Chelsea/Southlake, Texas
Started all three games at the Nike International Friendlies. Part of U-17 Residency Program since start of this cycle.

Christopher Goslin (2000) Atlanta United/Locust Grove, Ga.
Signed Homegrown contract with Atlanta United last October. Starred on U-16 Georgia United team, along with Andrew Carleton, that in the 2014-15 season was the only non-MLS club to reach the U.S. Soccer Development semifinals. 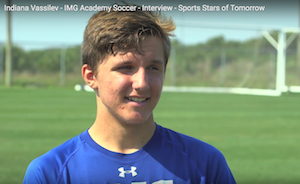 Indiana Vassilev (2001) IMG Academy/Savannah, Ga.
Georgia native is son of Bulgarian immigrants. Called up to U.S. U-14s in 2014 while with Savannah’s Storm Soccer Academy. Moved to IMG Academy in 2015. Joined U.S. U-17 Residency Program in 2016 fall semester after starring with U.S. U-16s.

Zyen Jones (2000) Atlanta United/Clarkston, Ga.
Another star at Georgia United before its merger with Atlanta United, scored six goals for U-17s in 2016. 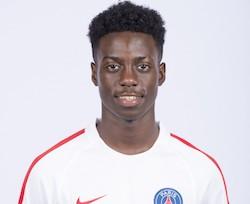 Timothy Weah (2000) Paris Saint-Germain (FRA)/Rosedale, N.Y.
Son of the former Liberian great George Weah, the 1995 World Player of the Year, who kept a home in New York during his playing career and met Timothy’s mother, Clar, when he was opening an account at a New York Chase bank where she worked. Timothy played for BW Gottschee before joining PSG youth program in 2014. Scored in wins over Brazil and Turkey in December’s Nike International Friendlies.