Todd Eason, who played and coached in the USL and the Premier Development League, has been PDL Director since October 2014. We spoke with Eason as the PDL kicks off its 23rd season, with 72 teams, this weekend. Of particular interest is how the league provides high-level competition to young players aspiring to play professionally.

Since 2010, nearly 70 percent of the players chosen in the MLS SuperDraft played in the PDL and more than 200 PDL alums were on MLS rosters last season, including Rookie of the Year Jordan Morris, who played for the Seattle Sounders U-23 team, and 2016 MLS Defender of the Year Matt Hedges of FC Dallas, who played for Reading United before joining MLS in 2012. 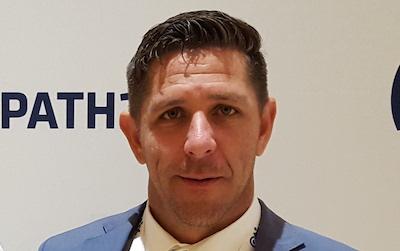 SOCCER AMERICA: What’s the best way to describe the PDL?

TODD EASON: It’s the preeminent U-23 league, played during the summer. It’s a three-month league, outside the university system, that helps kids continue develop as players so they can be exposed to the professional leagues.

Our teams are franchises and their main focus is to recruit young, high-level players, but also to operate as a business and potentially generate revenue.

SA: What is the average age?

TODD EASON: About 21.5 years. We’re focusing on the younger player, that's especially true for the MLS and USL clubs that field teams. They focus on the Academy player in a lot of cases, to give them opportunities to play at that level.

But including older players helps the younger players develop, to be in an atmosphere where they can learn from experienced teammates and opponents.

SA: How many players are collegians who use the PDL to get offseason competition?

TODD EASON: Over 80 percent are college players and that’s kind of our main focus.

We also have a handful of academy players who are looking at 17 and 18 to prepare for college or to prepare to go straight to the pros.

Where we see a sprinkling of some older players, the guys outside of college, they’re often the ones who may have fallen out of contract with a pro club and looking to re-promote themselves, still looking to get back into the professional ranks. 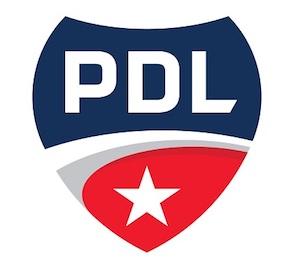 SA: That the college season is a short, fall season, college coaches must very much appreciate that the PDL provides their players competitive soccer in the summer …

TODD EASON: Being able to play about three months in the summer and then on the back-end play your fall season in college gives the players six to seven months of continuous play, which is very beneficial to their development.

A lot of the professional leagues extend way beyond six months, so PDL is very beneficial in preparing players who want to play professionally. For sure, it helps prepare players for their rookie season of pro ball.

SA: What’s the attraction to PDL for the eight MLS teams that field teams?

TODD EASON: PDL helps reiterate the pathway to pro. A lot of MLS teams will have that pathway for academy players to move up from PDL, to get that high level of experience going into the MLS club’s USL team – or sometimes bypassing USL and going straight to MLS. The three-tier system helps develop lot of these players.

One the great benefits is PDL enables former MLS academy players to go home for the summer from college and continue to establish their MLS Homegrown status, to get in the training hours that qualify them as homegrown.

SA: What inspires the owners of teams not affiliated with MLS or the USL to field PDL teams?

TODD EASON: A lot of teams come in with a business mindset of being able to run their own soccer program or soccer club. There’s a business mindset behind it to operate and run it in a professional manner, but they also have that desire to develop players, help players move onto pro because it gives them a lot of recognition for what they’re doing in the landscape of American soccer.

Some of them might take it as a hobby. They want to provide something for their community, have a team in place that plays at the highest amateur level. They market that while enjoying seeing guys come out and play and have a good time with it.

We put a lot of emphasis on the business side and the pathway is not only for players. It’s also for young executives, and we’re seeing more and more of our staff members -- and coaches -- move up to USL on the pro side because they’re getting the experience of knowing what to do on the business side or adminstrative side. We see that as a way to incubate a lot of young executives and prepare them to move them up.

You have to do the marketing side, you have to raise sponsorship, you have to sell tickets. There are a lot of different elements within a PDL team that people find attractive vs. just fielding a team of players in a local adult league.

And they have the support of the league, which gives them best practices and helps them be successful.

SA: I imagine the PDL teams foster relationships with their local college programs?

TODD EASON: There’s a good relationship. Our PDL coaches try to align with a lot of universities so they can get that particular college player to come over.

And we put a lot of emphasis on preparing our teams to house a lot of these university kids and treat them well. To attract the best players, you’ve got to have the right operation set up and the right environment, and we do a lot to educate our teams on what’s important to a college coach.

So when the university coaches send players to a PDL team, they know what they’re going to get.

We both have the same goals in mind -- to help players develop physically and mentally so they can play at the next level.