LA Galaxy midfielder Baggio Husidic broke his leg in the first half of Sunday's 2-1 victory at Minnesota United. His injury followed the foot injury suffered by Sebastian Lletget in March and knee injury Jermaine Jones suffered two weeks ago.

Husidic broke his right leg sliding in attempt to tackle Adu Danladi in midfield and immediately went down the ground in the 5th minute. He was stretchered off two minutes later.

Husidic didn't start the first seven games of the 2017 season, but the Galaxy is now unbeaten in the four games he started. 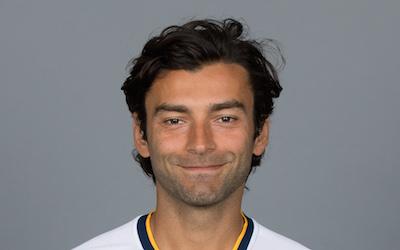 Lletget is out for most of the summer, while Jones should remain out for a couple of more weeks.

Husidic's injury left first-year Portuguese Joao Pedro as the only established central midfielder but Pedro himself had to leave the game in the 87th minute with what was suspected to be a hamstring issue.

Rafael Garcia, who replaced Husidic on Sunday, has started just 10 games in his six seasons with the Galaxy. Jaime Villarreal, who replaced Pedro, was making his MLS debut.

Ten days earlier, the Galaxy placed defender Robbie Rogers on their season-ending injury list due to complications from his offseason surgery to repair nerve damage in his left ankle.