A month after Frank Yallop resigned as Phoenix Rising FC head coach to rejoin his family in Northern California, French native Patrice Carteron has been named as his long-term replacement. He knows new Rising signing Didier Drogba  since doing a coaching course at Chelsea, where Drogba played for many years. 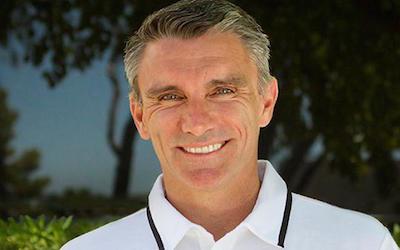 Since ending his playing career in 2007, Carteron, 46, has coached clubs in France, Congo, Egypt, and Saudi Arabia as well as the Malian national team. His latest stop was Al-Nassr in Saudi Arabia, which he guided to third place and a spot in the Asian Champions League earlier this year.

“Although I have many opportunities to continue coaching in the top leagues of Europe, I believe coming to Phoenix Rising FC will be the start of an historic story,” said Carteron in a team statement. “I am very impressed by the project and have a fantastic feeling about the ownership group, coaching staff and new stadium atmosphere. My heart told me to pour my efforts into Phoenix Rising.”

When he was at Dijon in France, Carteron had given Drogba's brother, Freddy, a tryout.

Former assistant coach Rick Schantz has been running the team since Yallop departed. Phoenix is 3-4-0 and sits 11th in the 15-team Western Conference.

“Bringing Patrice Carteron to Phoenix Rising FC is another tremendous achievement for professional soccer in the United States,” said Phoenix Rising FC governor Berke Bakay. “His holistic approach to the game combines a unique blend of strategy, wellness, and uncompromising competitiveness. “Patrice will bring the very best performance out of our players and nourish a new soccer culture for youth development in cooperation with our affiliate youth clubs throughout Arizona.”

Carteron takes over the team during a busy stretch in the schedule. Phoenix Rising plays Galaxy II on Saturday, then meets San Francisco of the NASL in a U.S. Open Cup match a week from Wednesday. He will formally start his duties within the next week.