Christian Pulisic was 17 years old at the start of the 2016-2017 Bundesliga season and getting playing time after Borussia Dortmund spent more than $100 million on new players seemed unlikely. It turns out, he's appeared in 42 BVB games -- and his amazing season could get even better on Saturday. 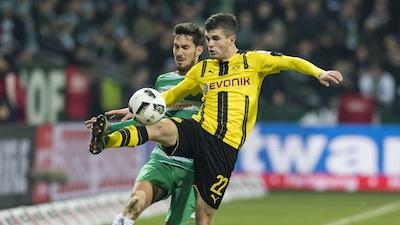 Last weekend, on the final day of the Bundesliga season, Pulisic entered at halftime and drew the penalty kick for the final goal in a 4-3 win over Werder Bremen that secured a third-place finish and a spot in the UEFA Champions League group stage.

On Saturday, Borussia Dortmund faces Eintracht Frankfurt in the German Cup final (ESPN3, 2 pm ET), a chance for Pulisic, who won U-17 and U-19 titles with BVB, to lift his first professional trophy.

The Werder Bremen game marked the 29th appearance in the 34-game Bundesliga season for Pulisic, who had debuted for BVB in January of 2016 and played nine games in the 2015-16 season.

So much for the sophomore slump.

“I’m very satisfied,” Pulisic told BVB TV. “We added a lot of new players and I didn’t know if I’d get to play that much. But I worked very hard every day in practice and I think the coach saw that.” 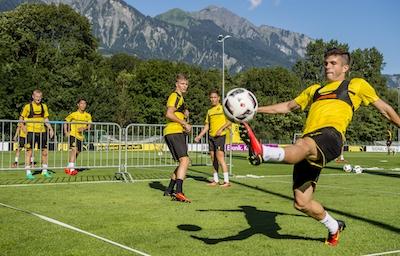 In Bundesliga play, only Pierre-Emerick Aubameyang (32), Ousmane Dembele (32) and Julian Weigl (30) made more appearances than the American. And in all competitions -- league, German Cup and UEFA Champions League – Pulisic ranked fourth with 42 games behind the aforementioned trio.

In Bundesliga play, he started 15 games and came off the bench in 14. He played in all of Borussia Dortmund’s 10 Champions League games, starting in six.

“What makes him special,” says coach Thomas Tuchel, “is the fact he never quits. He always delivers even, or especially, when the pressure is on.” 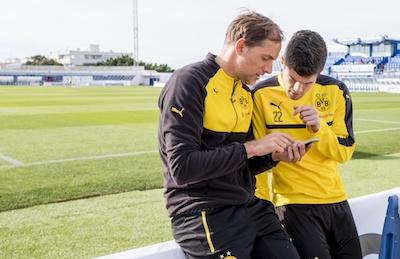 BVB’s Champions League run ended in the quarterfinals against Monaco, but Dortmund had won its group that included Real Madrid and Pulisic was among BVB’s highest rated players by Kicker in the 10-game run.

“We played against some big teams in the Champions League,” Pulisic said. “Real Madrid [two 2-2 ties] and we beat Benfica. For me especially, scoring a goal to make it 2-0 in a big match against Benfica [in a 4-0 win] is one of the biggest highlights for me. Of course, beating Bayern in Munich was a huge one [in the German Cup semifinals] and now I want to win the cup final." 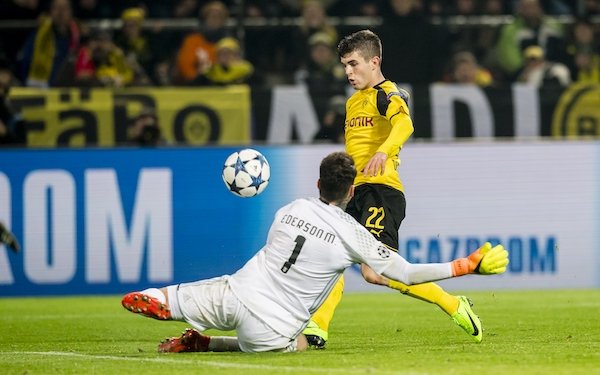 In the midst of the Bundesliga season, Pulisic helped the USA get back on track in World Cup qualifying. He played a part in all seven goals in the USA’s 6-0 win over Honduras and 1-1 tie at Panama.

“It’s been a crazy ride with Dortmund and getting called into the national team was a big honor for me and to be a part of that program and play with those guys has been really fun for me and helped me develop a lot,” he said. 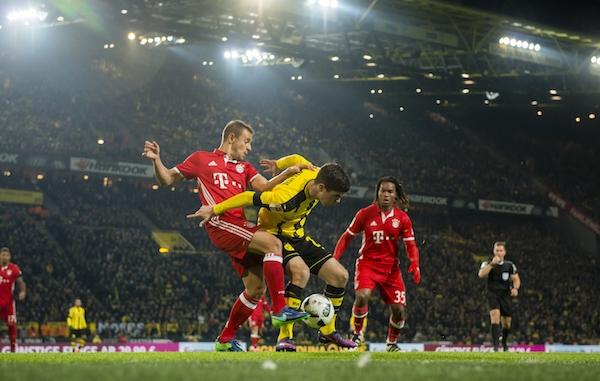 Pulisic faced Bayern Munich three times in 2016-17, including as an 80th sub to help preserve BVB's 3-2 win over Bayern Munich in the German Cup semifinal.

When Pulisic moved to Dortmund at age 16, he was accompanied by his father, Mark, who while supporting Christian also coached in Dortmund’s youth program. Mark returned to the USA last February and is an assistant coach with the USL’s Rochester Rhinos.

“I miss my family every day,” Christian says. “My mom, my dad, my whole family. It’s very hard. It’s a new step for me and it’s difficult but I feel very comfortable in Dortmund and the people are very nice so.”

It’s a reminder that he’s still only 18. And come Saturday, he hopes to become an American teenager with a German Cup medal.