The San Diego clerk's office certified that the group seeking to build a soccer stadium and bring an MLS team to San Diego had enough signatures to take its development initiative to the city council. FS Investors wants the measure to go to voters for a special November ballot, the latest possible date for San Diego to fit into MLS's timetable for approving the next two expansion teams. 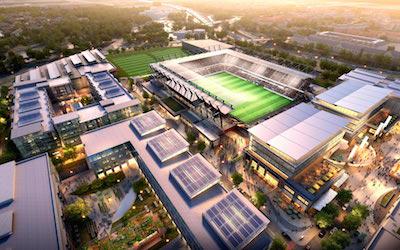 Mayor Kevin Faulconer supports the SoccerCity development plan that calls for the construction of 32,00-seat soccer stadium in Mission Valley as part of a bigger development that includes housing, commercial space, hotel rooms and parkland. Qualcomm Stadium, the home of the departed NFL Chargers, sits on park of the site.

FS Investors wants the measure to go to voters for a special ballot in November, but the city council could push it back to the June 2018 primary or the November 2018 general election. The latter two dates might be too late for MLS's purposes.

The SoccerCity initiative -- dubbed "SuckerCity" by one San Diego Union-Tribune columnist -- is by no means a slam dunk despite Faulconer's support.

In an analysis of the 3,000-page initiative, San Diego city attorney Mara Elliott raised concerns about FS Investors' obligations and the city's susceptibility to potential litigation. FS Investors countered to the Union-Tribune that those issues would be addressed when a formal lease for the property were negotiated if the initiative passed.

San Diego State had been in talks with FS Investors over a possible partnership on the stadium for the football Aztecs, who play at Qualcomm Stadium, but pulled out, prompting the university to request that other plans for the development be considered.

Without Qualcomm Stadium, SDSU has no long-term home for its football team. The only other alternative is baseball stadium Petko Park, but it is not clear that it is a long-term solution for Aztec football.

The battle over Mission Valley has become a huge p.r. fight in San Diego between rival developers -- FS Investors on one hand and  H.G. Fenton Company & Sudberry Properties on the other.