The U.S. Soccer Girls Development Academy, which kicks off its first season in September, has named its first five Technical Advisors, who are charged with developing scouting networks and evaluating and aiding DA clubs in their region.

All five of the women appointed hold a U.S. Soccer ‘A’ or UEFA 'A' license

“This is the next step in creating a better pathway for girls to navigate the club environment in this country,” Girls Development Academy director Miriam Hickey said. “We were able to acquire the most passionate and qualified individuals to fill these roles. These new Technical Advisors bring outstanding knowledge of the game in the U.S. and internationally. With a deep understanding of the standards required at the club, collegiate and professional level, the TAs will provide invaluable insight into preparing our elite young athletes for the highest levels.”

The TAs will develop scouting networks comprised of U.S. Soccer scouts and collegiate coaches to help identify elite talent. The TAs will provide scouting reports and player data to the Director of Talent to identify players to be invited to Training Centers and the youth national team camps.

At least three more TAs will be hired.

Morgan Church (Southeast Division)
Church has worked as an assistant at Gonzaga University and Florida State University. She has served as the Technical Director for the United Soccer Alliance and the Jacksonville Armada FC Youth, and has been an ODP and U.S. Soccer Training Center staff member. 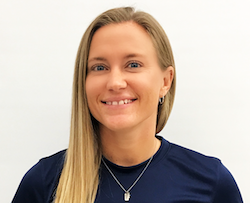 Katie Cole (Frontier Division)
After playing four years at the University of Texas, Cole’s coaching career began as an assistant coach at the University of Louisville. She founded youth club AZ Fury in 2004 and served as the Arizona club’s Director of Coaching before joining Sereno SC, and has served as an Arizona ODP director.

Diane Drake (Atlantic Division)
Her two decades of college coaching included stints at Georgetown and George Mason. A public-school teacher in Fairfax County, Virginia, she has been part of the technical staff of the McLean Youth Soccer Association. She has also served on the NSCAA board of directors. She played at the University of Dayton and for the Raleigh Wings in the USISL. 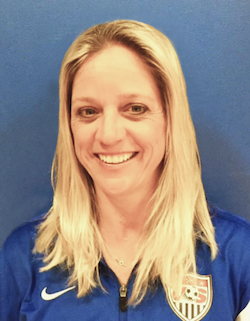 Marieke Laurens-van Tienhoven (Southwest Division)
A Netherlands native now living in New Jersey, Tienhoven has worked with coaches and players of the Dutch women’s national team program and served as an assistant coach for the Netherland’s U-15 national team. She has been head coach of ODP Region 1 teams and a member of the Super-Y League National Scouting Staff. 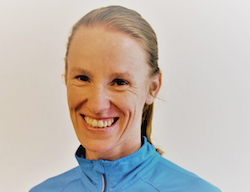 Zahra Lechak (Northwest Division)
Lechak played at the University of Connecticut, where she earned degrees in molecular cell biology and chemistry. She has been a head coach and course instructor for the Washington Youth Soccer Association, an ODP staff member, and was 2013 U.S. Youth Soccer National Girls Competitive Coach of the Year. She also served as an assistant coach for the Seattle Sounders women’s team and helped found Seattle United FC and served as its assistant Director of Coaching. 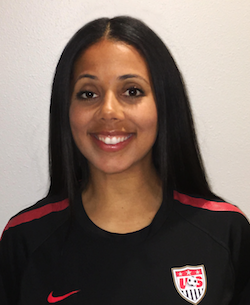 Sky Blue-NYSC and Placer United Soccer Club will be part of the U.S. Soccer Girls Development Academy that kicks off its inaugural season Sept. 2.

"We are proud and honored to partner with Sky Blue FC to form what will be the leading development program for girls in the Southern New York and Connecticut marketplace," said NYSC chairman Stephan Feldgoise.