By Mike Woitalla and Charley Nordin

At the last U-20 World Cup, in 2015, no collegians saw action for the USA. This time around, Coach Tab Ramos has been fielding Cal goalkeeper Jonathan Klinsmann, New Mexico defender Aaron Herrera and Maryland midfielder Eryk Williamson.

Williamson started in the USA’s 3-3 tie with Ecuador and in its 1-0 win over Senegal, and was late sub in the 1-1 tie with Saudi Arabia that earned the USA first-place in Group F. With the suspension Derrick Jones for the round of 16 game against New Zealand (Thursday morning, 7 a.m. ET FS1, Telemundo En Vivo), Williamson is likely to return to the starting lineup. 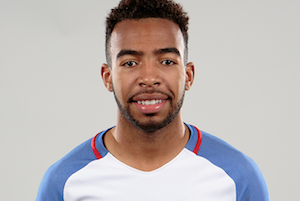 “It’s exciting, we’ve prepared two years for this,” said Williamson, whose golazo in a 2-1 win over El Salvador at the Concacaf Championship clinched the USA’s World Cup berth. “It’s been a long cycle and we made it out of our group and we’re just excited for this next round. It’s a knockout round, it’s the best part of the tournament. It’s a win or go home.”

On paper, the USA has gotten the most favorable second-round matchup. New Zealand managed to score in just one of its games, a 3-1 win over Honduras after a 0-0 tie with Vietnam and before a 2-0 loss to France. But Williamson says his team won’t be underestimating the Kiwis.

Central defender Justen Glad had been recovering from injury but helped the USA pull off a 1-1 tie with Saudi Arabia while playing a man down after coming on at halftime.

“New Zealand likes to press,” Glad says. “We watched a little video yesterday on them and the first 10 minutes when they played France you can tell they were all over them from the start and if we come out asleep or anything like that they’re going to create chances and be dangerous.

“I think especially the last game against Saudi Arabia was kind of a wake-up call that every game at this point is challenging and every team can beat any team. So we just have to come out every game with the same mentality and attitude and hopefully get the win and keep on going.”

With a 2-1 win over Costa Rica, England advanced to the U-20 World Cup quarterfinals for the first time since 1993. South American champion Uruguay advanced with a 1-0 win over Saudi Arabia and Zambia beat Germany, 4-3, in overtime.

U-20 World Cup: Results and Schedule

Northern California product Jonathan Gonzalez, who was in the USA’s U-20 World Cup qualifying squad, started in both legs of Monterrey’s 4-2 aggregate win over Pumas in Mexico’s Clausura U-17 final series against Pumas. Texas product Alejandro Zendejas, formerly of FC Dallas, started for Chivas Guadalajara and scored in its 3-2 aggregate win over Club America in the U-20 final series. 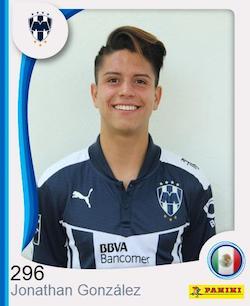 Zendejas played in eight MLS games for FC Dallas in 2015 and started for the USA in the 2015 U-17 World Cup before FC Dallas sold him to Chivas Guadalajara for a reported transfer fee of $500,000. He scored Chivas’ second goal in the 2-1 first-leg win over Club America. 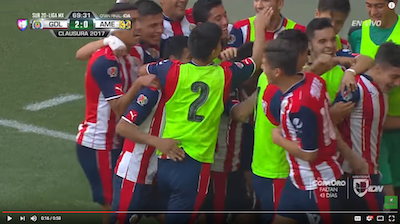 Gonzalez, who joined Monterrey in 2014, was the youngest player in the USA’s 2017 Concacaf U-20 Championship winning squad and made one appearance in the tournament. Gonzalez also played for Monterrey’s U-20s in the Clausura 2017 tournament and captained the U.S. U-18 national team in its runner-up finish at the Slovakia Cup in April. 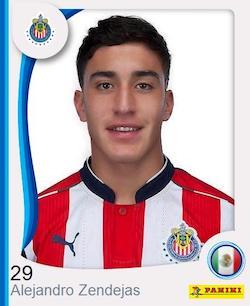 Zendejas has played one Liga MX for Chivas, a 24-minute appearance last August, and has played in four Copa MX games for the first team.

The U.S. U-17 girls national team coach Mark Carr has called up 24 players for a June 2-11 training camp in Chula Vista, California that will serve as preparation for a July trip to China. Included in the roster are three players taking part in their second U-17 cycle: forward Jordan Canniff and defenders Kennedy Wesley and Kate Wiesner, who were on the U.S. team that played at the 2016 U-17 Women’s World Cup in Jordan.

This group is at the start of their cycle in which they will aim qualify for the 2018 U-17 Women’s World Cup to be hosted by Uruguay.