U.S. U-20 star Tyler Adams has been playing up for a long time

When Tyler Adams showed up for Red Bulls Academy U-13 tryouts, the coaches were quite sure he was ready to play above his age. But they eased him into the older age group.

“We knew he was pretty special,” says Red Bulls youth director Bob Montgomery. “We figured out quickly he didn’t belong with these kids. But because you’re dealing with a young player, you want to make sure emotionally he’s OK. We asked his parents to think about Tyler playing up, because it will be better for him.”

They were concerned about how Adams would feel about leaving the age group of his friends. 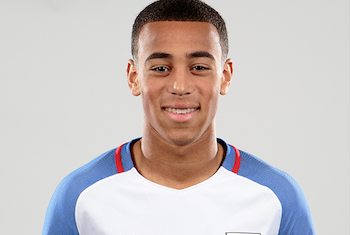 “We asked him,” Montgomery said. “'Will you go practice with the 14s? They need an extra player. They’re short a guy. And he’s like, ‘Me go play with them?’ with big wide eyes. We told him, ‘You know some of the guys.’

“He went up, and obviously there was no problem. He wasn’t a big kid, but he had that athleticism. The spring in his legs, the ability to move, quick at thought, and he was a team guy. A very competitive guy. At 12 and 13, some of them are more like kids, but he was very, very focused.

“When he went up to the older team. He was still one of the better players.”

Playing with and against older players has since been the norm for Adams, who started out as a defender and now plays in central midfield.

Adams has started all four games and has played all but five minutes of the USA’s undefeated run in South Korea. 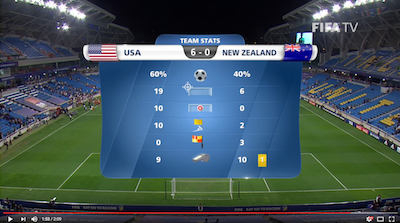 This season, although he was often gone for U-20 national team duty, he has started seven MLS games for the Red Bulls, whose organization he first joined at age 10, with the Regional Development School program in Poughkeepsie, New York.

“He has stepped into a team to play a central midfield role with the New York Red Bulls,” U.S. U-20 coach Tab Ramos said. “He has done a tremendous job, just physically being able to play for a team that pressures high, that covers ground, that likes to have the ball, that likes to counter quickly.

“Tyler’s physical ability to cover ground and mental strength are really amazing for a young player. I don’t want to put players behind him, but he is one of a kind.”

Adams, like Sargent, is young enough to be eligible for another U-20 World Cup. When Adams, now 5-foot-9, showed up at the Red Bulls, he played central defender.

“We felt we should also give him exposure to outside back, and we played him left and right, and we also put him as a No. 6, a holding midfielder,” said Montgomery. “And when we had him up with the 16s, playing up a couple years, in the [Development Academy] playoffs, he was playing left back and people were saying he was the best kid on the field.”

While with the Richie Williams-coached U-17s, Adams moved from outside back into midfield, where he’s shining now, aiming to help the USA reach the semifinals of the U-20 World Cup for the first time since 1989.