The 17-year-old Josh Sargent has, for U-20 World Cup quarterfinalist USA, scored with his right foot, his head, his left foot -- and in the 6-0 win over New Zealand, with his thigh.

Even when he’s not finishing, Sargent does remarkable stuff on the ball. Like when he’s got his back to a defender and the defender is sure Sargent is going to turn to his left, but he spins to his right – or vice versa.

Brooks Lennon likes to take the ball down the flank and send the ball into the box. But he’s not a “whip it into the mixer” kind of winger. Lennon aims to send in a precise service. 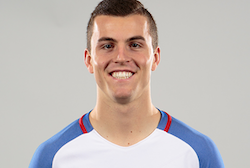 When he took a corner kick that led to the first goal against New Zealand, Lennon sent the ball low to Justen Glad, whose shot it was that deflected off Sargent’s thigh and into the net.

That’s clever stuff. Not just launching a hopeful ball into a scrum of players. And it worked again, for the USA’s fifth goal, when Sebastian Saucedo skimmed a corner kick on the grass to Auston Trusty, who nailed it into the roof of the goal.

The U.S. defense, after a rough start in the 3-3 tie with Ecuador, has required goalkeeper Jonathan Klinsmann to make only eight saves in four games.

And in that Ecuador game, the USA recovered after going down 2-0 after seven minutes. In Game 2, Coach Tab Ramos’ team beat Senegal, fourth place at the 2015 World Cup, 1-0.

In its 1-1 tie with Saudi Arabia, the USA played short-handed after Cameron Carter-Vickers’ 45th-minute red card.

It's been a promising run from a team trying to reached the semifinals at a U-20 World Cup for the first time since 1989, when the Bob Gansler-coached USA finished in fourth place.

The USA was fortunate to face an unfancied opponent such as New Zealand in the round of 16. But that team had beaten Honduras, 3-1. Honduras had finished runner-up to the USA in the Concacaf Championship. And the Americans didn’t just beat the Junior All-Whites. They wore them down, and demolished them.

“I think we knew that if we kept playing at the pace we were playing that eventually we were going to keep grinding them down to a point where the game would open up, and we got it to that point -- and we put the game away,” said Ramos.

Defenders attacked, Glad from the right side and Danny Acosta from the left. In each game so far, the USA has adapted to the challenge. And a 6-0 win in a knockout stage at a World Cup, is impressive no matter who the opponent.

“Any time you get six goals it shows you that the team is going forward and that the team is happy,” Ramos said. “In general, all the guys are happy no matter who scores here, and that’s a great thing to have.”

Ebobisse’s take on the next opponent, Venezuela:

“They have some dynamic wingers and forwards but our defense has been shutting them down in the last couple of games and I have full confidence in them doing the same,” he said. “In the back, I don’t think [Venezuela] is different than what we’ve faced. I think it will be up to us to check our runs and get in behind them and really make them work -- and not make it easy for them by keeping the ball in front of them. I think it’s going to be important that we use all of our different options, on the wing and in the center of the field.”

The USA faces Venezuela after a tough first round, and a knockout stage rout. It has momentum.

“One of the great things about this cycle is the character of the players,” Ramos said. “Obviously we always need good players to compete internationally, but this team … the way they fight, not just for themselves, but for one another, there’s a good winning mentality here. They came here as champions [of their region, Concacaf] and hopefully they can leave here as champions.

“I think we’ve gotten through the tough part of the tournament. You have to grind out results and now we’re at the point where we have potentially three big games left. You have to win all of them, but now we’re just focused on Venezuela, and getting through that one.”

Venezuela has not been scored on at this tournament. En route to finishing third in South American qualifying, Venezuela beat eventual champion Uruguay, 3-0, and beat host Ecuador, 4-2.

Venezuela, the surprise 2017 U-20 World Cup while outscoring its four opponents, 11-0, awaits the USA in the quarterfinals.

Third-place at the South American championship, La Vinotinto won Group B with wins over Germany (2-0), Vanuatu (7-0) and Mexico (1-0). With four goals, Sergio Cordova of Caracas FC is tied for the tournament goalscoring lead with the USA's Josh Sargent and France's Jean-Kevin Augustin.

But the hero of its passage to the quarterfinals was captain Yangel Herrera, who scored the overtime winner in Venezuela's 1-0 round-of-16 victory over Japan with a header off a corner kick. 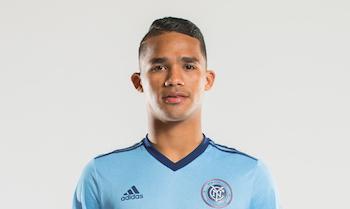 The 19-year-old Herrera, whose 89th-minute equalizer against Peru sent Venezuela into the second round of qualifying, signed with Manchester City from Atletico Venezuela last February, and the English club loaned him to MLS's New York City FC. Yangel has started two of his five MLS appearances for NYCFC. He scored and assisted in a 3-2 win over Columbus on April 29.

“[Coach Patrick] Vieira and [team Andrea] Pirlo have helped me so much,” said Herrera told FIFA.com. “I’ve learned that the standard is much higher abroad and that I’ve got a lot of improving to do if I want to cement my place.”

The midfielder also served as captain of Venezuela's U-15 and U-17s, was part of Venezuela's 2016 Copa America Centenario squad, and has played in two qualifiers for the 2018 World Cup.

“We’ve got a great squad, some fantastic players, and we’re dreaming,” Herrera said. “We have faith and we know we can become the world champions.”

How Jonathan Klinsmann became a keeper

Jonathan Klinsmann, the USA’s starting goalkeeper in its run to the quarterfinals of the U-20 World Cup, began as a goalscorer and is the son of a World Cup champion striker. The 20-year-old Cal Berkeley student explained how he ended up in goal:

“I was a striker, actually, to start,” Jonathan Klinsmann says. “Attacking mid, striker. Goalscorer. I went in goal just for fun in school and I loved it. I loved just diving and getting dirty. Eventually I just stayed there and I love it.

U.S. Soccer Jonathan Klinsmann -- From goalscorer to U-20 goalkeeper video: 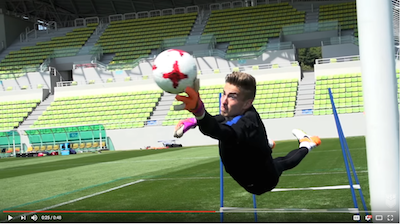 “At the age of 12,” father Jurgen Klinsmann told FIFA.com, “he was an attacking midfielder until then and was very talented and then suddenly he said he wanted to play goalie. At the same time, he loved to play basketball, so he was always kind of catching the ball.”

Jurgen Klinsmann also said he didn’t push Jonathan toward soccer. “No, no, no,” he said. “I just hoped he would enjoy a team sport. Until the age of 16, he wasn’t sure if he should go with basketball or soccer. But he chose soccer. He was very talented at basketball.”

Said Jonathan in the FIFA.com article: “He just let it happen. Same applies not even for sports or soccer. They [my parents] never really pushed me for sports or anything. They let me choose and find my passion. It ended up being soccer and it ended up being in goal. He helps me out every single day and he loves it.”