Five and a half years before it will host the World Cup, Qatar, the tiny Gulf emirate, is in the news.

A diplomatic dispute with Gulf neighbors has resulted in Bahrain, Egypt, Saudi Arabia and the United Arab Emirates cutting ties with Qatar, withdrawing their ambassadors and launching an economic blockade, including denial of airspace for flights to and from Doha.

The move is significant because most goods and supplies to Qatar, which sits on a Persian Gulf peninsula, flow through Saudi Arabia. 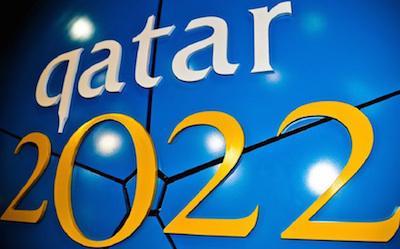 Qatar has feuded with its Gulf neighbors before as it set out on an active program of support for the short-lived Muslim Brotherhood government in Egypt and Hamas in Lebanon, as well as maintenance of relations with Iran, the archenemy of the Sunni gulf states. Qatar has the highest per capita GDP in the world as its largest exporter of liquid gas from fields in the Persian Gulf that it shares with Iran.

But this is the most serious crisis, which followed President Donald Trump's trip to Saudi Arabia, which sees itself as the dominant player in the Gulf, and the release of fake messages by hackers attributed to the Qatari government.

There has already been fallout on soccer in the region. An Asian Champions League series between Iran's Persepolis and Saudi Arabia's Al Ahli is up in air since as it was supposed to be played on neutral ground in Doha. Saudi club Al-Ahli canceled its sponsorship deal with Qatar Airways, a FIFA sponsor.

South Korea is scheduled to play Qatar a key World Cup qualifier Tuesday in Qatar and has been training in the UAE. It has had to redo its travel plans for what was supposed to be a short trip to Doha.

The big concern, though, is how the boycott will impact World Cup 2022 preparations, where Qatar is spending an estimated $500 million a week on infrastructure and will do so for the foreseeable future. Work includes stadiums, roads, an airport, even the construction of a city.

Qatar was always a controversial choice as host of the 2022 World Cup. It stunned the soccer world when it beat out the USA, which had the support of powerful FIFA president Sepp Blatter. Labor policies -- the “kafala” sponsorship system that binds workers to their employers -- and working conditions have come in for heavy scrutiny.

"At this time, political solutions must take precedence over boycott threats," Grindel said in an interview on the DFB website.

The choice of Qatar as World Cup host was not just controversial but it was a big risk.

FIFA inspectors warned of the heat risk -- which forced FIFA move the tournament from the summer to late fall in 2022 -- and security analysts categorized Qatar as a high security risk. At the time, it was the Middle East threat posed by Al-Qaeda. In 2010, few had heard of ISIS.

Finally, there was the political risk that Emir Sheikh Tamim bin Hamad Al-Thani and his father, Sheikh Hamad bin Khalifa Al Thani, took on too much when they launched their bid to host the World Cup, the crown jewel in Qatar's effort for international recognition.