And the Refs Who Do Care

But I’m a positive person so I would also like to write about the many refs who do care. While I can cite a few odious examples of the refs who don’t care, I know many more refs who care. Like the refs who don’t care, you can also find them at your local soccer field. The refs who care are also training by running in 30-degree weather or attending advanced referee clinics in other states. If you are up early enough on weekends, you might see them on the roads as they are traveling far for a game or off to a ref clinic.

Many of these refs have been spotted as having a future and they dream of refereeing MLS, the NWSL and international games. I respect them but I particularly respect the youth refs who are too old to advance to these levels but do all they can to be the best official they can be.

The refs who care are 20 yards within the ball for nearly the entire match, particularly when the ball is in the hot areas: the penalty areas and in front of the team benches. As assistant referee, these officials run with every ball down to the goal line.

They receive the choice assignments. A team made their first State Cup semifinal ever and as the experienced crew, a Who’s Who of local officiating, was checking their passes before the game, the coach remarked to his players, “This is what happens when you get to the State Cup semifinals. We get refs who are experienced and worked all the levels of the game instead of three guys off the street.”

The refs who care regularly read the rulebook and could give you a pretty good explanation of the subtleties of the offside rule. 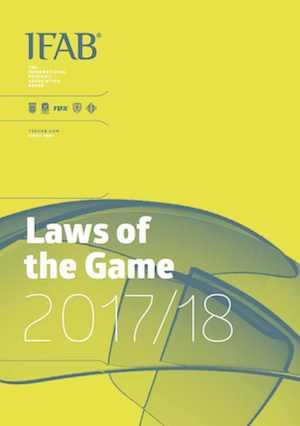 The refs who care officiate every game as if it’s their most important assignment of the day, no matter if it’s Division 1 or Division 6 North. They are very happy to be an assistant referee as well as fourth official in addition to being in the middle.

Are the refs who care universally popular? No, they are not as this coach might be annoyed that his or her team lost the game on a penalty kick that the ref who care whistled. Or that player might be annoyed that he or she was sent off for violent conduct when that player deliberately kicked an opponent off-the-ball. After all, the ref who did not care the previous week did not whistle any penalty kicks or give out any cards. Geez, that ref hardly did anything!