Iran clinching a spot at the 2018 World Cup means American coach Dan Gaspar is heading to his third World Cup. Gaspar has for the last six years served as Iran’s goalkeeper coach and assistant to its Portuguese head coach, Carlos Queiroz. 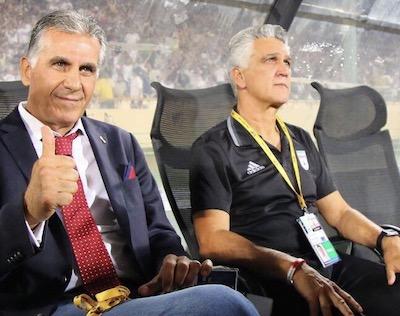 “It has been amazing coaching Iran to two consecutive World Cups,” says Gaspar. “Over the past six years, we have seen the positive impact of our implementing our methods and system. That’s very rewarding. We have been fortunate to have been allowed the time to make a difference, which often times coaches not have.”

Gaspar, a Connecticut native who played goalkeeper at the University of Hartford in the 1970s and served as its head coach in 2005-2010, assisted Queiroz with the MLS’s MetroStars in 1996.

He also served as Portugal’s goalkeeper coach under Queiroz at the 2010 World Cup and joined Queiroz’s staff with Iran for its successful qualifying campaign for the 2014 World Cup.

“I live in Tehran and visit my family periodically,” he says. “That's the sacrifice my family has made to support my career and dreams. Living in Tehran gave me the opportunity to appreciate their fascinating culture and live among its proud people. I have grown to admire both. I've been treated with the utmost respect.”

On Monday, Iran beat Uzbekistan, 2-0, to clinch first-place in Asia Group A, with two games to spare, and a spot at Russia 2018. Team Melli became the second team to book a ticket for the 2018 World Cup after Brazil, joining host Russia in what will be a 32-team tournament.

“Iran goalkeepers have strong qualities,” Gaspar says. “They are humble and hungry to grow and learn. Sound technically and athletically gifted. Great work ethic and brave.

“As with most goalkeepers at the highest levels, processing decisions, handling crosses effectively and positive distribution are areas we need to focus on. Since we have taken on this interesting project, we have had several goalkeepers who have been identified and are now performing overseas. That has never happened in the past. I believe that is a good sign that Iranian goalkeepers are earning respect internationally.” 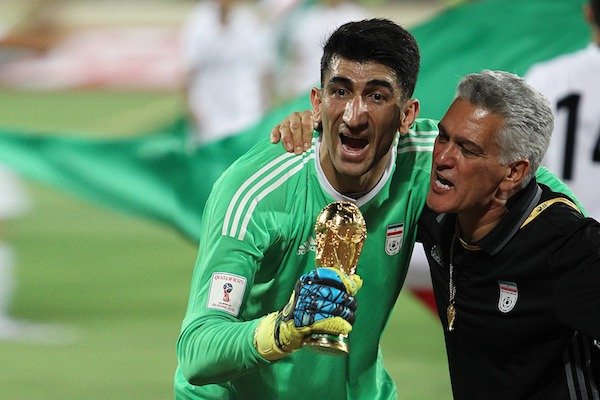 At the 2014 World Cup, Iran exited in the first round but held Argentina scoreless until Lionel Messi connected in the first minute of stoppage time -- between a 0-0 tie with Nigeria and 3-1 loss to Bosnia & Herzegovina.

“I have enormous gratitude and admiration for the Team Melli players,” Gaspar says. “Despite the many obstacles, they have played with courage, determination and love for their people.

“We create a team spirit where everyone is important within our group. We truly live the philosophy ‘team above individual.’ We focus on the process rather than the success. We believe the results will come. ... We pay extreme attention to detail. Coach Queiroz sees things that no one else does.

“The passionate Iranian soccer fans both domestically and internationally offered us unbelievable support during the entire journey.”

In addition to Gaspar's coaching in the USA, including as head coach of the USL’s Connecticut Wolves, he’s coached in Japan, South Africa and Portugal, with FC Porto and youth national teams in the early 1990s.

Any difference in coaching Iranian players compared to his other experiences?

“Coaching U.S. players, it's normal in their environment to challenge the coach as to ‘Why?’” he says. “The Iranian players execute what the coach demands.

“But soccer is soccer. I've been blessed to have worked on four different continents. Training players from different cultures has its uniqueness, but at the end of the day all players at the highest levels are hungry to succeed.”