Missing from the U.S. team that reached the quarterfinals of the 2017 U-20 World Cup were three American teens who were playing for Schalke 04 in its run to the U-19 Bundesliga semifinals: 19-year-old Haji Wright, and Weston McKennie, who turns 19 in August, and Nick Taitague, who turned 18 last February. 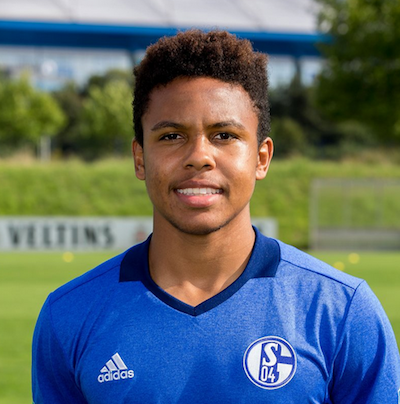 Wright and McKennie were called up for Schalke’s final Bundesliga game of the season, a 1-1 tie against Inglostadt in which McKennie made his competitive first-team debut as a 77th minute sub.

Schalke’s U-19 coach coach Norbert Elgert gave his assessment of Wright and McKennie’s chances of being on the first team next season to Der Westen.

“I keep describing Haji as our surprise package,” said Elgert. “He still doesn’t have enough consistency in his game. He has great speed with and without the ball. He’s two-footed, is a good dribbler and a goalscorer. But he needs to be more physical and learn to impose himself.

“If he makes the most of his opportunity, he can be a surprise. He has many traits of a very good striker. It’s up to him to prove himself worthy of becoming a pro. If he keeps working hard, strengthens his strengths and reduces his weaknesses, he can become a very interesting player. He has lots of potential.”

Of the midfielder McKennie, Elgert said:

“Wes is a player who can help any team. … He’s the kind of player who can inspire when the pressure’s on. He’s an exciting player for whom I predict an interesting future in pro soccer. But it’s difficult to say how quickly it will happen. And I don’t want to put him under pressure. He’ll get his chance to break in with the pros and in the next year or two. He’s an incredible force and is amazingly good in the air offensively and defensively.”

Before moving to Germany, McKennie played for FC Dallas' Development Academy. Wright arrived at Schalke from the Los Angeles Galaxy academy via the New York Cosmos.

L.A. Galaxy academy forward Ulysses Llanez is back with the U.S. U-16 boys national team after having attending Mexico’s U-16 training camps in the winter. He’s part of Coach Shaun Tsakiris'  20-player roster for 2017 U-16 International Dream Cup.

Llanez started in the USA's Dream Cup opener, a 2-1 loss to Guinea in which Azriel Gonzalez of the Seattle Sounders scored the USA's lone goal in stoppage time. Tsakiris' team faces host Japan on Friday and the Netherlands on Sunday. 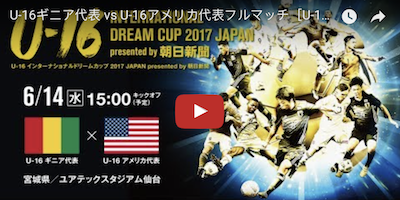 Llanez, who has scored 11 goals in 17 games for the Galaxy’s U-16 Development Academy team in 2016-17, joined the Mexican U-16s after scoring two goals in the U.S. U-16s’ 2-1 win over England at the Val-de-Marne Tournament in France last October.

All of the players are born on 2001 except for 2002-born Giovanni Reyna, the son of Claudio Reyna who starred for the U.S. U-15s in their Torneo Delle Nazioni title win Italy in May.

U.S. U-18 boys open Portugal tourney with loss to Japan

Jaelin Howell, the 17-year-old daughter of a Super Bowl champ, scored twice as the USA beat host Sweden (2-1), tied England (0-0) and beat Norway (3-0) while finishing second on goal difference to England at the four-team U-23 Nordic Tournament. 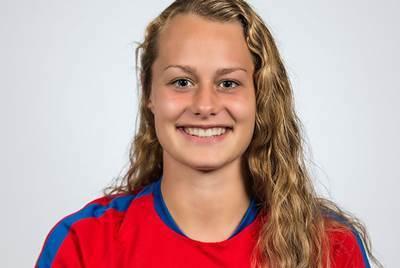 Real Colorado’s Howell, whose father John Howell played safety on the Tampa Bay Buccaneers 2003 Super Bowl championship team, started for the USA at the 2016 U-17 World Cup. She opened the scoring against Norway in the 71st minute and scored what turned out to be the deciding goal against Sweden in the 39th minute.

Former U-17 head coach B.J. Snow coached the USA at the Nordic Tournament, where the his roster included six NWSL players. Among them, North Carolina Courage forward Ashley Hatch, who scored the first goal against the Swedes. 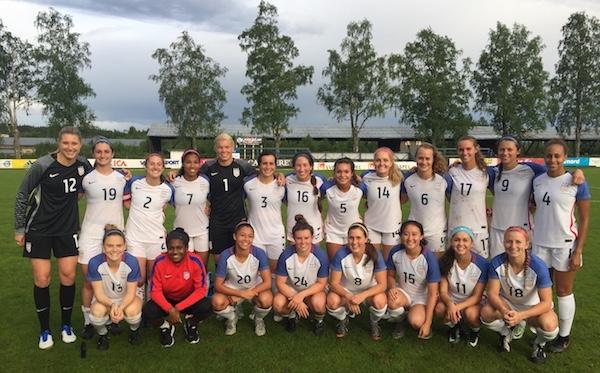 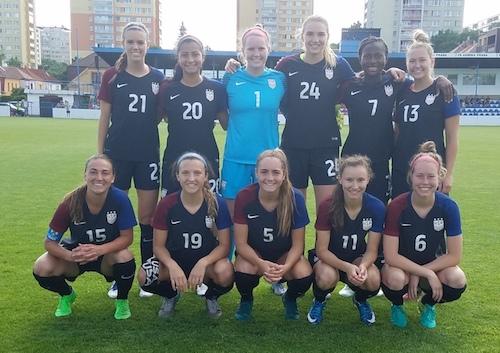 The U.S. Soccer Development Academy U-15/16 and U-17/18 playoffs take place June 22-26 at Grand Park in Westfield, Indiana. In each age group, 32 of 74 DA clubs qualified. Twenty-three clubs qualified teams in both age groups.

The clubs that reached the playoffs in both age groups are:

Playoff qualifiers are the top three finishers in seven divisions plus 11 wild-card teams.

The group winners qualify for the July 6-7 quarterfinals, hosted by the higher seeded teams. The quarterfinal winners advance to the July 14 semifinals at U.S. Soccer National Training Center in Carson, California, where the finals take place July 16.

One hundred U-14 Academy clubs and the remaining 42 U-15/16 teams, which did not crack the top 32 playoff spots, will each play three Summer Showcase games each in conjunction with the playoffs.