Tony DiCicco, who died Monday at the age of 68, was the winningest coach in the history of the U.S. national team programs but he accomplished far more that that, having a huge role in the modern history of American soccer. 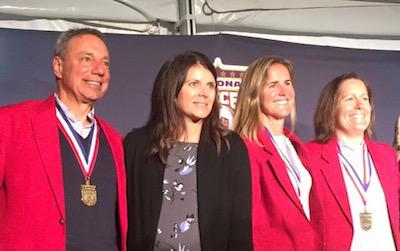 DiCicco, who finished his national team career with a 105-8-8 record, was the commissioner of the WUSA, the first women's pro league that launched in 2001, and head coach of the Boston Breakers in WPS, the second women's pro league. He worked as an analyst for many years on ESPN and Fox Sports. He was also a pioneer in the soccer camp and soccer retail businesses with SoccerPlus, which he founded in the 1980s. SoccerPlus Elite, a youth club, was an offshoot of the business and grew into a successful amateur women's team that played in the WPSL.

DiCicco hailed from Connecticut, where he played soccer, baseball and basketball and attended nearby Springfield College in Massachusetts, where he was an All-American goalkeeper. He received a bachelor's degree in physical education from Springfield, a national soccer power for many years, and master's degree in physical education from Central Connecticut State University.

There weren't a lot of Americans trying to make it in pro soccer in the early 1970s, but DiCicco was a standout keeper in the American Soccer League, playing for the Connecticut Wildcats and Rhode Island Oceaneers. Like men's national team coach Bruce Arena, who was a goalkeeper and whose pro soccer career was spent entirely in the ASL, DiCicco represented the USA once in 1973, coming on in a game against touring Italian club Lazio in Hartford, Connecticut, near his home. 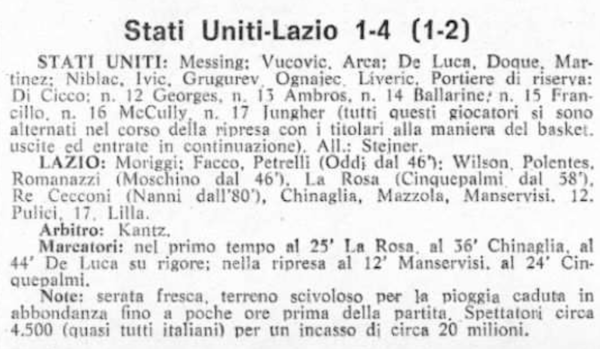 DiCicco began working for the U.S. women's national team program on the recommendation of then-men's national team coach Bob Gansler as Anson Dorrance's goalkeeper coach in 1990 and took over for Dorrance as the head coach of the national team at the beginning of 1995. The program wasn't like it is today with full-time salaries for the players and a huge support staff. The team played a heavy schedule but often at college of high school facilities.

A year after the USA lost to Norway in the semifinals of the Women's World Cup in Sweden, it won the gold medal at the Atlanta Olympics with thrilling victories over Norway (2-1 in overtime) in the semifinals and over China (2-1) in the gold-medal game. The huge crowds at the University of Georgia's Sanford Stadium demonstrated the growing interest in women's soccer and were a wake-up call to host broadcaster NBC, which largely ignored the games in Athens.

Three years later, DiCicco's '99ers drew record crowds and television audiences for the Women's World Cup and made history as the only subjects who graced the covers of Time, Newsweek, People and Sports Illustrated the same week.

But four months later, DiCicco turned down the opportunity to remain with the team to spend more time with his wife and four sons, then 8, 12, 14 and 17. He retired with a record of 103-8-8.

"The main reason I'm stepping down is that it's more important for me to be a world-class husband and father than a world-class coach," said DiCicco. "When I looked at the generous financial opportunities available to me next year, I didn't see how they could possibly enrich my life more than spending time with my wife and boys. The things I'll miss the most are the players, what they taught me, what we learned together and how they made me feel. And how much fun it was to go after something great together."

Within a year, he began working for the WUSA, set to launch in 2001, handling the soccer side as a consultant and then acting commissioner. He became the league commissioner at the end of the first season. The league folded after only three years.

Perhaps DiCicco's greatest accomplishment was leading the USA to the 2008 Under-20 World Cup championship. He had less than a year to work with the team that was in considerable disarray and jumpstarted U.S. international careers for Alex Morgan, Sydney Leroux, Alyssa Naeher and Meghan Klingenberg, all current members of the senior national team.

Morgan almost didn't make the U-20s but got a second shot when another player chose to stay in college, and she went on to have a great World Cup in Chile. Morgan and Leroux were the goalscorers in the 2-1 win over North Korea in the final.

DiCicco always wanted another shot as national team coach but was passed over for Jill Ellis as the replacement for Tom Sermanni in 2014. He remained close to the national team program, though, and was the lead analyst on the Fox Sports broadcasts of the 2015 Women's World Cup, where the USA won the championship, its first since DiCicco's '99ers.

“Today we mourn the loss of one of the most influential coaches in U.S. Soccer history,” said U.S. Soccer president Sunil Gulati. “Tony’s passion for the game as a coach, administrator and broadcaster was always evident and his relationships with everyone in the soccer community distinguished him as a compassionate and much-loved man. U.S. Soccer will forever be thankful to Tony for his vast contributions to the game and we extend thoughts and condolences to his family and to the many people who were positively impacted by him during what was a remarkable life.”

DiCicco, named to the National Soccer Hall of Fame in 2012, is survived by wife Diane and sons Anthony, Andrew, Alex and Nicholas.