I've often been told that I am very fortunate to have the job of soccer journalist, and I agree, for several reasons. One very important one is that I’ve gotten to know people like Tony DiCicco.

The first time I interviewed DiCicco came right after he coached the USA to the gold medal in 1996 at the first Olympic women’s soccer tournament. Here’s what DiCicco said:

DiCicco also expressed his gratitude to his predecessor, Anson Dorrance, who had recommended to U.S. Soccer that it hire his assistant, DiCicco, to be the head coach.

Crediting and appreciating others while celebrating his historic achievement -- that gives you a sense of what kind of man DiCicco was. 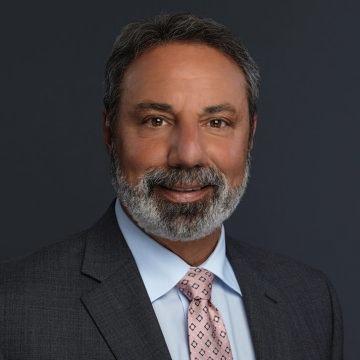 I am grateful that since that 1996 interview I had many more opportunities to speak with DiCicco.

The man who won more games as a U.S. national team coach than any other person in history also guided the USA to its famous 1999 Women’s World Cup victory, in front 90,000 at the Rose Bowl, and to the 2008 U-20 World Cup title.

For me, DiCicco became an important source for insight not just into women’s soccer, but youth soccer and the entire American soccer landscape.

DiCicco’s 2002 book, “Catch Them Being Good,” written with Collen Hacker, is one of the most dog-eared and underlined on my shelves. Very few books can rival its usefulness for youth coaches, which is why Soccer America ran excerpts of it and why I’ve quoted it often.

• “I know something about parents coaching their own children because I've done it and have made every possible mistake. … No matter what, understand that there are going to be some difficult moments and that, in the end, it is often better to coach less than more.”

• "When we continually tell our young players to pass the ball, we're not allowing them to develop their full potential, especially those who have the ability to take their opponents on and beat them one-on-one. As a result, we run the risk of diminishing a player's artistry and potential."

• “The last thing you want to do is lock players into specific and rigid roles.”

When the advice comes from someone who has coached youth soccer at all ages, coached his own children, and has won world championships, it carries a lot of weight.

“He had this incredible energy. He’d scream, ‘I love my job!’ It was this contagious positivity that was so fun to be around.”

Mia Hamm said: “Tony never felt like he knew everything. It was incredibly empowering. His security breathed so much confidence into all of us.”

He had resigned as U.S. head coach after the 1999 World Cup victory to spend more time with his wife, Diane and sons Anthony, Andrew, Alex and Nicholas. The boys ranged from ages 8 to 17 at the time. When he returned to head coaching, his 2008 U-20 World Cup-winning team included current senior national team members Alex Morgan, Sydney Leroux, Alyssa Naeher and Meghan Klingenberg.

He served as chief operating officer and commissioner of the WUSA and coached the WPS’s Boston Breakers in 2009-2011.

He was an ESPN and Fox Sports analyst – including at four Women’s World Cups – and he should also be remembered as one of the best TV commentators we’ve ever had. He analyzed insightfully, honestly and concisely. He shared his opinions without becoming a distraction, as too many commentators are when they try too hard to impress.

He taught both U.S. Soccer Federation and NSCAA coaching courses.

DiCicco, including as assistant coach in 1991, coached at five world championships and won four of them.

When someone in our sport makes such a profoundly positive impact, one wonders where the source of his success came from.

I think in DiCicco’s case, it had a large part to do with what I heard from him the first time we spoke -- when he downplayed the coach’s role and hailed the players. And from another quote from his book: