It has been said that a referee never has a home game. But this is negative thinking and I have officiated thousands of soccer games so, on fields that I have officiated a good deal, I could be more familiar with them and the surroundings than the home team. Plus, I often see a friendly face on the field or on the touchline so, for me, more and more games seem like home games. Only four times in 2016 did I officiate at a field I had never been to and only four times so far this year. 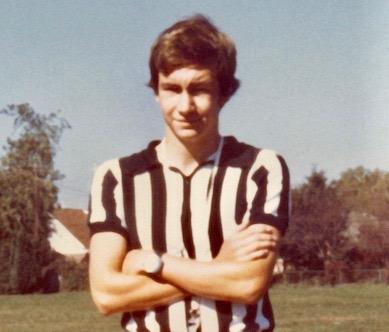 Randy when he started refereeing at the age of 16.

When I started refereeing as a teen in 1978, I did two things that eventually became significant. First, I wrote a short note about each game so I know that my first game was exactly 39 years ago on July 6, 1978 -- and that July 6 was also on a Thursday, just like today. The games really added up and I officiated my 1,000th game while a senior in college at Parsons School of Design.

Second, when I checked the team passes, partly since I would know the players’ names, I introduced myself as Randy so they would know my name too. Even though Randy is a name for both males and females (generally spelled Randi or Randee for girls), it’s an uncommon name so it’s memorable as, chances are, I’m one of the few Randy’s that the players, coaches and my referee colleagues knew. And it’s so much easier than Vogt as people do not know how to pronounce it (like “Vote”) or how to spell it as the “gt” combination is unusual in English without an “h” following it or in-between the “g” and “t.”

So the extensive game count gave validity decades later to my authoring “Preventive Officiating” and writing these articles on youth soccer refereeing plus many people made a personal connection to me simply by knowing my name.

I advanced through the ranks in the 1980s when there were not nearly as many soccer games being played or as many refs.

Eventually, I made it to the pros but if you blinked while you were watching pro games, you probably missed me. Teams and leagues went out of business and I was owed hundreds of dollars, which would be worth much more today, at a time when I was in my 20s and working to become financially independent of my parents. So I instead officiated youth, adult and college games, and eventually high school too, while concentrating on my Manhattan ad agency position at the time and never had to worry about getting compensated during my ad career. Going to work every day and doing well became my own personal World Cup and it still is in many ways.

In 1989, I saw that wonderful movie, “Field of Dreams,” and thought of some parallels between one of the characters, Archie “Moonlight” Graham, and myself. He played at the end of a June 29, 1905 game for the New York Giants baseball team but never came to bat and never had the ball hit in his direction in right field. He was sent down to the minor leagues, never made it back to the majors and eventually found his calling as the beloved pediatrician for the Chisholm schools in Minnesota. Working with colleagues at the Mayo Clinic, he published a study that changed the world’s understanding of pediatric blood pressure. While my contribution has not been as significant, I too found my calling, but it was officiating the other levels of play.

Although my crazy dream of one day officiating in the World Cup or Olympics would never be fulfilled, I was pretty much OK with that but heard of an essay contest nominating people to become Olympic torchbearers for the 1996 Summer Games in Atlanta. I really wanted to do it and marketed myself by working with a friend, who completed and signed the essay, about my experience helping Russians, and in my own small way, working toward the Olympic ideal of world peace. I was thrilled when the U.S. Olympic Committee selected me and my 15 minutes of flame carrying the Olympic torch down Main Street in New Rochelle, New York became one of the highlights of my life. 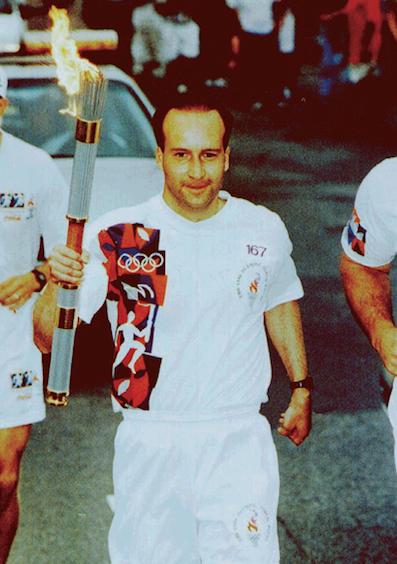 Two decades later, my game count is now more than 9,950 and if I continue my current pace, I would break 10,000 games in the next couple of months. But even having officiated all these games, I occasionally see something on soccer fields that I have never seen before.

Also, very occasionally, I encounter somebody at a soccer field who accuses me of not knowing the rules, even when I try and nicely explain what the rule is. Most problematic are that any defensive restart inside the penalty area has to leave the area to be in play, not all fouls on breakaways are a send-off for denying an obvious goal scoring opportunity and if a defender deliberately plays the ball (except for a deliberate save), offside cannot be called. Who knew?

Looking forward, my milestone 10,000th game will be simply what I am randomly assigned. However, I do have one special plan for it as I will raise money for a non-profit and I’ll write about what I’m doing in my next article. 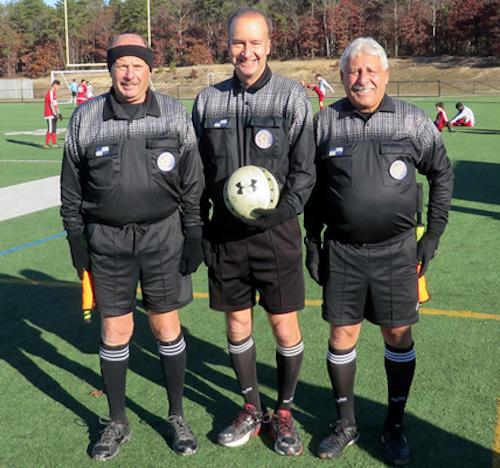 (Randy Vogt has officiated more than 9,000 games during the past three decades, from professional matches in front of thousands to 6-year-olds being cheered on by very enthusiastic parents. In "Preventive Officiating," he shares his wisdom gleaned from thousands of games and hundreds of clinics to help referees not only survive but thrive on the soccer field. You can visit the book’s website at www.preventiveofficiating.com.)