The Seattle Sounders made Azriel Gonzalez,  who turned 16 in May, their youngest signing ever when he inked a pro contract with Seattle Sounders FC 2. He has already played five games since joining S2, another MLS second team that has been aggressively promoting academy players. 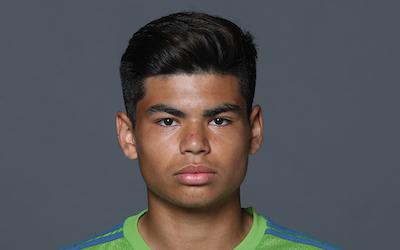 Gonzalez, a native of Las Vegas, joined Seattle’s academy when he was 13 and attended the Sounders' first-team preseason in January. He scored 13 goals in 23 games for the Sounders' U-15/16s.

Of the 13 players who played for the Sounders in their 3-2 overtime loss to the LA Galaxy in the USSDA U-17/18 semifinals, eight have played for S2 in the USL in 2017: Milo Barton, Jamie Dimitroff, Paul Rothrock, Kei Tomozawa, Ethan Lotenero, Jackson Ragen, Hopeau and Rogers.

The top prospect in the Sounders' youth program might be 15-year-old Alfonso Ocampo Chavez, who moved from Merced, California. Ocampo Chaves, who plays for the U.S. U-15s, has made one S2 start.