By Ridge Mahoney
(@ridgemax) The list of All-Stars was released by MLS on Tuesday and amid the controversy of who got picked and who didn't, here's a personal selection of the 11 most deserving players of the 2017 season to date. This is my Best XI, many obvious choices with a few personal favorites thrown in to fit the 3-4-3 system used by MLS but not necessarily the ideal setup for a competitive game.

To the no-brainers of the league’s leading scorer and most notorious time bandit, I take Urruti, who is enjoying a superb season and showing that there is life, and a good life, away from Portland.

Nikolic and Villa stay high or drop, move as they choose, and heaven help the defenders and midfielders obligated to track them. Every game Nikolic plays is a study on timing and angled runs and crisp finishing. Same for Villa, who is utterly impossible to mark for long periods and laughs in the face of Father Time every time he crosses himself at the kickoff. 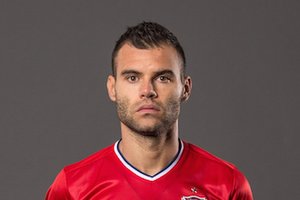 All kudos to the Fire’s tremendous duo of McCarty and Sebastian Schweinsteiger, but I can’t pick both, and so because McCarty has been a loyal soldier in MLS for more than a decade and has been inexplicably dumped not once but twice (see FC Dallas, post-2010 and its only MLS Cup appearance) he gets the vote. Plus, he’s younger than Schweini and will need to cover a lot of ground in a gung-ho front seven.

This also means leaving off Sporting Kansas City marvel Ilie Sanchez and that’s a real shame. He’s been just as vital to SKC’s success as Dom Dwyer, Benny Feilhaber, and two other teammates who did make the cut (see below).

Ask any agent about which players are the most marketable and they will usually say goalscorers (duh) and left-sided attackers, and since he came to MLS prior to the 2015 season Accam has scorched many a defense. Critics cited limited abilities and streakiness during his first two seasons but with an array of very good players on the field with him, Accam is doing what he does best: drive at opponents from the left flank with and without the ball until they beg for mercy.

The next no-brainer is Sebastian Giovinco, who doesn’t really have a set position and can play in any system so we put him here and let him do his amazing stuff. On this team he can stay central or drift to the right and further unbalance a foe already stretched by the front three. 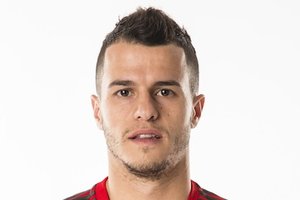 There has to be a place for Miguel Almiron and he’ll launch his runs and dribbles from the middle-ish, and maybe slide left depending on where Accam sets up. As noted, Accam can pull back to make space for Almiron should the left corner present itself as an option. 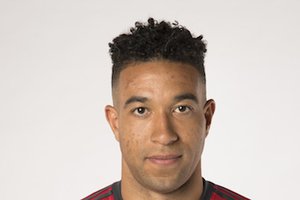 This is more than just a back three of convenience or circumstance. They are all excellent defenders with a marked ability to compress the field as well as contribute offensively.

Morrow played some bad-ass left back for San Jose before moving to Toronto FC, which since last August has deployed him at left wingback in a 3-5-2. On the left side of a three-man back line he can secure that section of the defensive third and push into the middle third in support the attack with lobbed balls and the occasional overlap.

Opara’s emergence really began last season, during phases when SKC head coach Peter Vermes rested Matt Besler on occasion and used Opara with different partners in the middle. Like Morrow, he’s a former Quake, and during his time in San Jose seldom seemed fully healthy. His gait and timing were off, and his game suffered as a result. This season he’s been darn near impeccable and robust enough to score with an audacious overhead shot.

The rest of the world prefers FCD teammate Matt Hedges, the 2016 Defender of the Year, to Zimmerman and that’s fine. But Zimmerman is very tough in the air, better on the floor, versatile enough to pair with Opara as twin centerbacks and also handle the larger spaces yielded by playing three in the back.

In seven games without Zimmerman FCD has conceded nine goals (1.26 per game) and posted one shutout. In his 11 starts, the stats are nine goals (avg. 0.82) and four shutouts.

As in the case of Opara, Melia’s impressive showings down the stretch last season for SKC portended a strong performance in 2017. Yes there’s a solid squad in front of him yet he’s not conceded a bad goal so far this season and also comes up with the big stops late in the game when points are on the line. To post a 0.70 goals-allowed average takes good work and lots of it.