Lalas: MLS is starting to win the hearts and minds

Two years after the introduction of Targeted Allocation Money, MLS has changed. The depth of talent is evident in the many players passed over for selection to the MLS All-Star Game.

Fox Sports 1's Alexi Lalas talked with Soccer America about what accounts for the change. 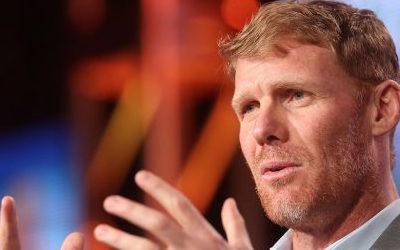 "Simple answer is: money," he says. "Not ridiculous amounts of money, but money where you start to be in the conversation for mid-level players around the world, players that were going to Liga MX, players are going to places in Europe that aren't England. I think a lot of that has happened. The way we hopscotch around to different hotbeds, whether it is Colombia, then it goes to Argentina, where we see a couple of players come out and then we see all the the MLS clubs descend. The scouting network has improved. But ultimately, it comes down to having money to be competitive in the individual markets."

Respect for MLS opens doors that were closed for many years.

"There is an appreciation and relevancy MLS has achieved that this a place I can go to that won't hurt my development," Lalas says. "Off the field will be fine. But the perception of my national team coach or scouts of other clubs around the world, that's not going to hurt me. I think they see it in a much more favorable light. Not everyone. When you talk with a [Diego] Valeri and ask him how he perceived it and how he perceives and how players coming in from the outside perceive it, it has changed. Before it was out of sight, out of mind or will it hurt my brand? I don't think that is the case any more."

MLS's in-house efforts to sell broadcasting rights internationally have had the benefit of allowing players with an insatiable appetite for the game to become familiar with MLS.

"It's a battle of hearts and minds," Lalas says. "I said out of sight, out of mind. If you can get in sight, you can in their minds. I think MLS has done a really good job of realizing that this is not just a domestic product, but that it can be exported because this is the world game."

Of the players who have come into MLS in 2017, the player who stands out for Lalas is Atlanta United's young Paraguayan Miguel Almiron.

"He's the real deal," he says. "Whenever he gets the ball, the potential for something magical to happen exists. That's the definition of a star. He seems to be faster with the ball than without the ball. He's incredibly active with the ball and busy on the field. Sometimes that's not a good thing, but for him and the fact he's doing it for Atlanta and for what Atlanta is, it is really interesting."