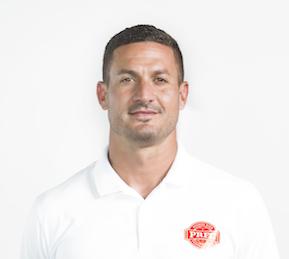 On Wednesday, after Puerto Rico opened the Fall Season with a 1-1 tie with North Carolina, the club appointed Velez head coach for the remainder of 2017. Velez, the former captain of the Puerto Rico national team, went straight into coaching as an assistant coach with Puerto Islanders, with which he had finished up his playing career. He won a USL title with the Islanders in 2010.

Velez, who as a teenager attended the IMG Academy in Bradenton, Florida, started his pro career with the USL Seattle Sounders. Two stints with the Puerto Rico Islanders, in the USL and NASL, sandwiched his two-season stint with Toronto FC, for which he appeared in 38 games.

• The San Francisco Deltas drew 3,369 at Kezar Stadium. Owner Brian Andres Helmick had earlier in the week, in an open letter to the club's fans, warned that the club won't survive unless attendance improves. The Deltas had been averaging about 2,500.