No punting allowed -- a welcome change to American youth soccer

I imagine all coaches must do this: Look back on their early years and consider what we would have done differently.

Now I coach older kids, but 12 years ago I was coaching the youngest, and back then we used goalkeepers even for the 6-year-olds. And in the years that followed, from U-8s to U-10s and so on … perhaps the biggest mistake I made was allowing my goalkeepers to punt the ball. 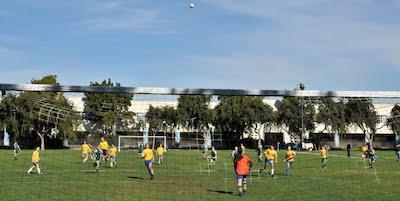 At the youngest ages, the punt can create scoring chances, but it also denies the field players the important challenge of trying to pass and dribble their way downfield. It denies them the experience of “playing out of the back,” which is a requisite to successful soccer at the higher levels.

At the older ages, and even at the very highest levels of soccer, you will see, if you start tracking it, punts most often result in a loss of possession. Punts aren’t even 50-50 balls, because the defending players, who are facing the oncoming, soaring ball, have a significant advantage.

I was particularly impressed a few years back while refereeing a game during which one team’s goalkeeper, at U-9, would only pass the ball to defenders. It resulted in the other team scoring a couple of early goals when the defenders lost possession. But the young goalkeeper kept doing the same thing, with the support of the coach. (I had glanced in his direction to read his reaction.) 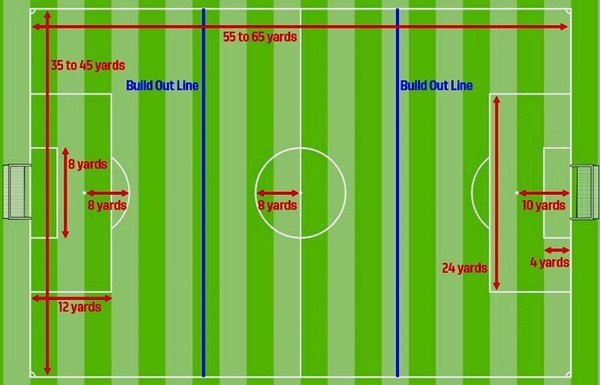 After the game, while returning the player cards, I spoke with the coach. He told me he had explained to the parents that they would lose games because he was teaching the players how to play out of the back, and that it would benefit them in the long run.

But for however much we as coaches realize that the final score for young children isn’t an indication of whether we’re coaching well, it is very difficult to resist the temptation to coach for short-term results. Not just because of the parents, who might not see the big picture, but also because it’s so delightful to see the children relish a victory.

That is why the U.S. Soccer Federation’s changes to the youth game rules — the U.S. Soccer Player Development Initiatives, aka PDIs — are so welcome. The PDIs include directives on small-sided games: field size and team size. The PDIs were announced in 2015, and to give leagues around the country a good amount of time to make the transition, became official in all U.S. youth leagues this month.

For sure, too much American youth soccer has been played on fields far too big for young children. That’s a big disadvantage for teams who resist booting in favor of passing and dribbling. And smaller numbers on the field create more touches for each player. I don’t believe anyone knows the perfect number of players and perfect size field — I think mixing things up might be a good idea — but it’s good that U.S. Soccer is implementing the downsizing on both fronts. 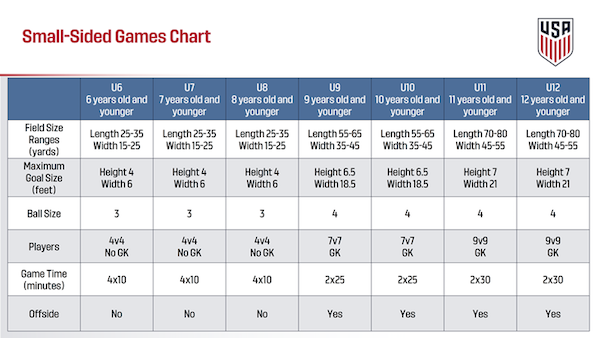 The U.S. Soccer rule change that I believe will have the biggest impact to improve American soccer is the “no punting” at U-9 and U-10 and the “Build Out Line.”

The Build Out Line is equidistant between the penalty area line and the halfway line. When the goalkeeper gets the ball, the other team must retreat behind the build-out line. Once they move behind it, the goalkeeper can pass, throw or roll the ball into play (punts and drop kicks are not allowed).

“We all would like for coaches to teach and for players to learn and not be afraid to have the ball and play,” says U.S. Soccer Youth Technical Director Tab Ramos. “It is important that younger age groups believe that punting or clearing a ball is always just giving the ball away.

“The build-out line takes the responsibility of taking chances away from the coach; it is now part of the game. Teams will automatically make an effort to play out of the back. Too many of our youth coaches have had the pressure to win games, and because of that they would do whatever gave them the best chance to do just that. You cannot blame a coach for trying to keep his or her job. This particular change should help players to learn to want the ball and to play out of the back, and it should help coaches to not be ‘blamed’ for trying to play the game properly and losing because of it.”