From NASL 1971 to Concacaf 2017, Ted Howard reflects on career at forefront of soccer's rise

One of the most important events in the history of American soccer may have occurred back in 1964, when Ted Howard got cut from the Chico State varsity basketball team.

At age 19, after Howard failed to make the jump from JV basketball to varsity, he heard Chico State was starting a soccer team. He took a soccer phys ed class, was a strong runner, and ended up being team captain and MVP.

He became even more enthralled with the sport after watching England beat Germany, 4-2, at Wembley -- in the 1966 final of the first World Cup televised in the USA.

While working on his business administration master’s degree, Howard served as Chico State’s assistant coach, the commissioner of a fledgling youth soccer association, and interned with the NASL’s Oakland Clippers. His master’s thesis was about their attendance.

“Soccer became a lifestyle for me,” he said.

And that was a good thing for American soccer.

"Ted has been an extraordinary servant to the game over the last 40-plus years,” said U.S. Soccer President Sunil Gulati. “In that period, few others have been so quietly dedicated to the sport in so many different ways.” 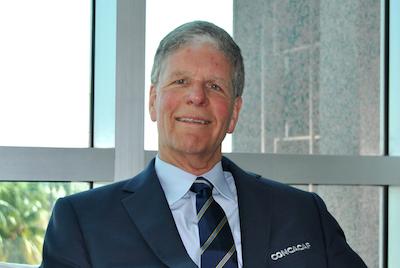 “Quietly” is a good way to describe Howard’s work, because it has been behind-the-scenes. Greatly appreciated by those who have paid close attention to the rise of American soccer -- Howard entered the U.S. Soccer Hall of Fame in 2003 -- but unknown to the average fan.

Last month’s final of the Gold Cup -- the biennial continental championship that has become a major success thanks much to Howard’s work -- coincided with Howard’s retirement as Concacaf Deputy General Secretary. His long career in soccer had begun nearly half a century earlier.

Howard joined the NASL staff on 1971 -- before the Pele years -- on a three-person staff and handled everything from scheduling games to press relations.

He had replaced Clive Toye as assistant commissioner when Toye moved to the Cosmos, which shared a small office with the NASL at the time.

Beside Woosnam, Howard was the longest serving executive in the NASL, the league that folded in 1985 but had planted the roots that led to the American soccer boom.

“He's been in leadership positions at the professional level, at U.S. Soccer and at Concacaf -- and carried out his responsibilities with an admirable dedication,” said Gulati. “And throughout, he's been humble and unassuming.”

After the NASL’s demise, Howard joined Ohlmeyer Communciations before spending a decade with the National Basketball Association, while also serving as U.S. Soccer’s International Games Committee chair. In 1998, he joined Concacaf, overseeing its administration and operations, and communication with its 41 member nations.

“During his tenure at our organization, he has been an outstanding administrator who has made significant contributions to the success of our Confederation and the growth of soccer throughout the region,” said Concacaf President Victor Montagliani. “His administrative expertise helped enhance the areas of refereeing and security, as well as club and national teams competitions."

Greatest games he saw in person
1. 1970 World Cup final (Brazil 4 Italy 1 in Mexico City)
My first World Cup final was a thrill that has lasted a lifetime from what may be the greatest World Cup ever. The final three goals were scored right in front of me as my seats were right behind the goal at that end.

2. 1977 NASL (Cosmos 8 Ft. Lauderdale Strikers 3 in East Rutherford, N.J.)
We flew over the stadium in a helicopter getting to the game from another game in Minnesota earlier in the day. The first major sellout crowd at Giants Stadium -- 77,691. It was a day when we all began to believe that soccer would become a major sport in the U.S. It was one of the most exhilarating days of my life. At the same time, having the opportunity to watch the Cosmos with Pele, Franz Beckenbauer, Carlos Alberto, Roberto Cabanas, Giorgio Chinaglia, and the many other stars, week in and week out, was an unforgettable experience. 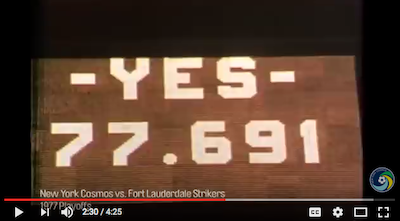 3. 1982 World Cup quarterfinal (Italy 3 Brazil 2 in Barcelona)
In the small Espanyol stadium -- a historic quarterfinal matchup -- Italy and Brazil played a thriller with Paolo Rossi's hat trick proving to be the difference and Brazil was shockingly eliminated early. Because more tickets were distributed than capacity, I never got to my seat, and like many others we stood the entire match.

4. 2012 friendly (Argentina 4 Brazil 3 in East Rutherford, N.J.)
Lionel Messi put on a spectacular show, with a hat trick that included a curling shot from 25 yards, after running across the box, into the top left-hand corner of the goal. It was such a joy to watch him come to play, even in a friendly. A highlight of my soccer life has been the opportunity to watch Messi on TV almost on a weekly basis play with such joy and enthusiasm. We never had the opportunity to watch Pele or Diego Maradona play with such frequency.

6. Gold Cup 2007 final (USA 2 Mexico 1 in Chicago)
Benny Feilhaber's long-range goal with 12 minutes to play in the second half was decisive.

7. 1987 Olympic qualifying (USA 3 Canada 0 at the St. Louis Soccer Park)
The USA had lost the first leg in Canada, 2-0, and needed three goals to keep its hopes alive of qualifying for the Olympics. It got three goals (two from Paul Krumpe and one from Jim Gabarra) late in the game to win and advance. It was an amazing result.

The early NASL days
There were basically three of us in the New York office. Me and Phil Woosnam and a secretary for what was an eight-team league in 1971. On Sundays, I’d come into the office and type of the results from the weekend and the standings. Then I would walk to AP, UPI and Canadian Press -- news organizations didn’t take phone calls about soccer in those days -- and hand them the standings, and we’d hope that somebody would put the agate in. And that was where we were then. To see where American soccer is now is pretty amazing.

Pele and Co.
The NASL was a great league from a competition standpoint. Certainly, the introduction of Pele and some of the other superstars who came to play was eye-opening because of the number of places they were able to sell out, and do something soccer had never done before. You also had players spending 50 percent of their time in community relations to get the word out.

We talked about how soccer was supposed to be the sport of the 1980s, and that never happened. And that was discouraging to a lot of us. But you see what’s happened in the cities where the NASL was. It had a profound impact on the game and its growth.

The NBA stint
I was working at Ohlmeyer and [NBA commissioner] David Stern called me out of the blue one day and asked would I like to come and work for them. The NBA was a real eye-opener because it was an established league, but believe it or not, I was there to help set up its marketing department. And obviously that’s exploded since then. 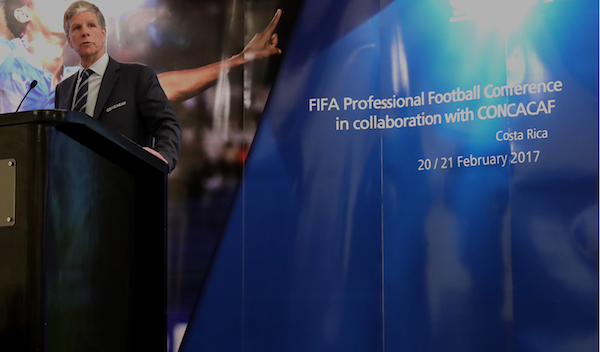 The rise of MLS
More than anything, the failure of the NASL was -- I think it’s pretty clear -- because of the fact that everybody wanted to have a Pele and people overspent on their budgets for players who were not worth the value of what they were drawing at the gate. And it was premature. In the end, what MLS did and learned from the NASL were two important things:

Be measured in your growth. Take your time. Be patient. Let the sport develop. And I give them tremendous kudos for what they’ve generated in that way. They have created a soccer environment in the United States.

And secondly, and probably the most importantly: They built their own facilities. I think we all realized in the NASL, if you don’t control all your assets down to parking and concession, every revenue stream, you can’t make it happen on just gate receipts. And in the end, once you build it big enough, TV revenue will be the key thing that makes it possible and viable to spend more on players.

Thank God there were visionaries like Lamar Hunt, Philip Anschutz and Robert Kraft who believed so firmly in where the game would go that they built the foundation and let it grow.

The Gold Cup
When it started, people thought it was sort of a nothing event. We took it in-house to refocus and give it the guidance it needed. Now, the Gold Cup is the World Cup for Concacaf. In essence, it funds all of our programs because of what it’s grown into. It created a whole different level of everything for Concacaf.

Working at World Cups
As Security Officer, getting to understand the whole world of soccer from the fan side. Understanding the emotions and how to deal with people to keep control in the stadium. You just realize there's a level of passion beyond anything I've seen in any sport in United States. And it’s fun to see the differences from nation to nation.

What he'd like to see
I think the fact that this country is one where we can run a Gold Cup and some other big events that fill the NFL stadiums without a second thought is pretty amazing. What I'd really like to see now is the development of top players who make the USA competitive with the best teams in the world. The possibility of the U.S. winning the World Cup or getting to the final.