Paul Mariner: On MLS and the Revs, then and now, the Eastern Conference race and VAR

Few American soccer personalities have as broad a background in the game as Paul Mariner.

The former England international striker (35 caps, 13 goals) played 15 seasons in England (1973-88) but closed out his playing career in the old APSL with Albany Capitals and San Francisco Bay Blackhawks. 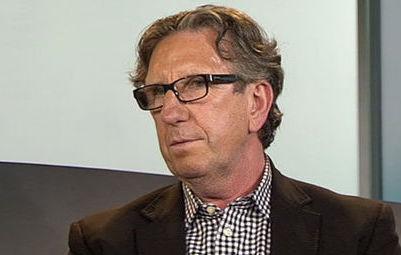 From 2004 to 2009, he served as Revs assistant coach for head coach Steve Nicol, and then managed Plymouth Argyle for one season. Toronto FC hired him as director of player development in 2011 and he took over as head coach when Aron Winter was fired midway through the 2012 season. He left TFC in January 2013.

Mariner, who now works as a commentator on the New England TV and radio broadcasts with play-by-play announcer Brad Feldman, as well as for ESPN, spoke about MLS and the Revs, who have won three in a row at home but sit in 10th place in the Eastern Conference six points below the red line with 11 games to play.

"When we saw Michael Parkhurst, his intellect about football was ridiculous. We went after American players because we believed in American players. They had the feistiness, they had the belief, the get-go. Parkhurst, Pat Noonan, Steve Ralston, Clint Dempsey, Joey Franchino, Matt Reis, they were all incredibly important members of the those teams.
"If you look at the squads that we had with the Revs over the years, I think we aced everything with regards to losing the MLS Cup final in every single possible way that we could, but at least we were working with predominantly American players. You had to dig deep to find them and that’s what we did.
"We had a few of the greatest players in the history of the league. I still can’t believe we didn’t win an MLS Cup."

"You see goals that make you think, “Wow!”, and you see errors when the ball goes in the back of the net you say, “Oh, c’mon, that can’t happen.” It’s still developing, but it’s fascinating, I love it and the number of people who want to come into this league, sensational. Owners want to spend money and a lot of players want to come here."

Spending in MLS and around the world: 'They’ve almost followed suit'

"The new world in Europe is staggering, absolutely staggering, and to a certain degree, MLS has been staggering as well. They’ve almost followed suit. Of course, it’s smaller potatoes but I would have never, ever in a million years thought – when Stevie Nicol and I were at the Revs – that this would be the evolution of the way the league’s going, but that is the way the league’s going. You need to spend wisely, of course, but you can't just sit on that money, the GAM and TAM." 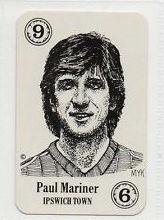 Assessing the Eastern Conference: 'Atlanta is an absolute breath of fresh air'

"Toronto seems to keep rolling but I’m not 100 percent convinced about them. They’ve brought in a lot of big players and they’re expected to win the whole thing. With games in hand, can Montreal come through?
"Atlanta is an absolute breath of fresh air. It’s fantastic. It just is. They’ve got some great pieces and a couple of our old boys, Michael Parkhurst and Jeff Larentowicz.
Parkhurst is not imposing but he’s cerebral. He’s so incredibly smart as far as a football player is concerned. "That’s what Stevie and I saw when we drafted him. We got Larentowicz from Brown, he was a central defender and defensive midfield player. He’s just a calming influence, an intellectual footballer. He’s not flashy.
"Taking those two players was a genius move. With them you’ve got experienced intellect immediately in the side. And what they’ve done with the front end of that side is joyous. It’s fantastic. I always look in advance to see who they’re playing.”

David Villa and BWP: 'They have been incredibly important to those teams and the league'

“As soon as we talk about the two New York teams, I talk about the two center forwards, David Villa and Bradley Wright-Phillips.
"All the stories about David Villa is that he is the absolute ambassador for this game. He trains his ass off, he spends time with fans who pop up, he’s got time for everybody. For a guy who’s done what he’s done in the game, that’s very, very refreshing. You can’t get within a million miles of the players in the Premier League but David Villa is fantastic for [head coach] Patrick Vieira, he’s fantastic for his teammates, he's fantastic for the club. The way he’s gone about his business is absolutely terrific.
"With Bradley Wright-Phillips, the pipeline with Sacha Kljestan is something to behold. I know Bradley, I worked with him when I was his [manager] at Plymouth Argyle [2009-11], I know what his game’s all about.
"People don’t seem able to work him out because he makes fantastic runs in the box. His linkup play with Sacha in the final third is something to behold. As a pairing, as a partnership, they have a tremendous working relationship. We had that type of connectivity on the Revolution with Stevie Ralston and Taylor Twellman.
"When Rallie was in a certain position, Taylor knew exactly what run to make and Rallie knew that Taylor was making that run. Sacha and Brad have that similar sort of connection.
"There’s a lot more to the New York teams than just those two players but they have been incredibly important to those teams and the league.”

“The players' mindset is right. Last weekend they knew they had to win that game [1-0 win over Vancouver]. There’s no more wiggle room for the Revs. They have to win at home. That’s an absolute given. They’ve signed [Krisztian] Nemeth, which is interesting, and Claude Dielna has come into to central defense, and that will shake things up a little bit.
"I’ve no idea what [head coach] Jay Heaps is going to do with the defense but a change might give it more balance. The bench is pretty strong and it looks like they’ve got the bit between their teeth.
"It’s a tough road. If they can just start to pick up one or two points on the road and keep maintaining this “Fortress Foxboro” mentality, then they’ll do it. But if they’re unable to get points away from home and teams come in and steal points off them, obviously it will be very difficult.” 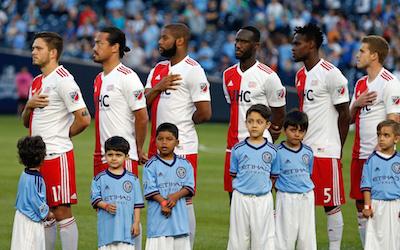 Turnaround in Chicago: 'I clap my hands completely'

“What Chicago has done is remarkable. They’ve brought in players very, very wisely. There’s consistency, there’s knowledge of the game. How do we manage the game?
"What [head coach Veljko] Paunovic has done with [Bastian] Schweinsteiger is amazing. He’s dropped him in between [Joao] Meira and [Johan] Kappelhof. I didn’t see that coming, I don’t think anyone saw that coming. It gives them a little bit more stability in the back, but when you step off him, it gives them the opportunity to build the attack.
"When you’ve got extremely solid, solid players, and they’ve got that knowledge that you can’t put into anybody, they’ve just got a very, very good front six, front seven.
[David] Accam is a loose cannon, he just goes and is more of an attacking player. They’ve got him to work back a little bit defensively. Dax [McCarty] has worked out well with Schweinsteiger and Juninho getting the armband is unbelievable. [Patrick] Doody comes in and he was unbelievable. (Note: Doody assisted on three of the Fire’s four goals in the 4-1 game.)
"The sum of the parts of that side -- I don’t know if it’s by luck or by judgment, but if it’s by judgment I clap my hands completely. They’ve got some quality players, sensible players who’ve been around the block who know exactly what needs to be done to win a football match.”

VAR: 'It needs to be as efficient as it possibly can'

"I think it’s going to be fantastic. When it gets honed up, it will bring clarity to everybody. It will get quicker. The one thing that is a problem for the guys in the booth -- so that we can relay the information to the viewing public and to the people in the stadium -- is what’s being reviewed?
"At the Revs game over the weekend, the referee gave a foul and then he moved the ball three or four yards closer to the penalty area. I did not have a clue about what was being reviewed. We all know the specifications for reviewing play and I didn’t see anything that was relevant in any of those four boxes, (Note: Criteria for VAR are play leading up to a goal; positioning of a foul for possible penalty kick; possible red cards; and mistaken identity.)
"When he moved the ball, I couldn’t inform the viewers of the whys and wherefores of that decision. So it needs to be communicated to us on the booth and the [broadcast] truck as well as the people in the stadium what is being reviewed.
"There’s obviously going to be teething problems, no doubt about that. But I think it’s going to benefit the game. It needs to be as efficient as it possibly can so the momentum of the players and fans isn’t lost. So I’m all for it but I want to give it time to iron all the kinks out of it."

england, mls, new england revolution
3 comments about "Paul Mariner: On MLS and the Revs, then and now, the Eastern Conference race and VAR".
Read more comments >
Next story loading