Hang around the pro game in America long enough and you get a feel for the people you admire and respect -- and those you can do without -- and no question Pablo Mastroeni fits in the first category.

Word of his firing Tuesday took me back to seeing him drenched in sweat and champagne, holding a bottle of the latter, as he talked to reporters about the Rapids’ overtime defeat of FC Dallas in the 2010 MLS Cup final. He’d already fulfilled one of his childhood dreams by playing in the World Cup (2002, 2006) and now he was holding forth as the captain of a championship team.

There was a sense of justice being done, even though a scrappy game had been won by an own goal. FCD defender George John had deflected a Macoumba Kandjishot into the net and thus were thousands of bone-chilled attendees spared the agony of penalty kicks. Far from a great team, Colorado had scrapped through a strong finish to the regular season and repelled all challengers to reach the final, won on a BMO Field frosted by ice and low temperatures. 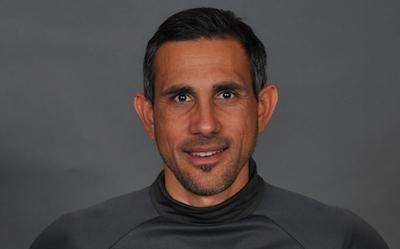 Mastroeni talked of his teammates, head coach Gary Smith, the drama of the season, the struggle of battling a good team on a lousy night, and just about anything else except himself. In every sense, he was typical Pablo.

For Mastroeni and the Colorado coaches and teammates, the method mattered not. They were among the runts of MLS, bedeviled by a disdainful market and penuriousness of owner Stan Kroenke, who had bought the team from Anschutz Entertainment Group in 2003 and invested money in a new stadium -- Dick’s Sporting Goods Park -- but not much for resources and players.

Though born in Argentina, Mastroeni had assumed the face of the franchise. A college product (North Carolina State) who’d established himself as one of the league’s top players, he’d parlayed his naturalized citizenship into a run of caps that included appearances in the 2002 and 2006 World Cups. (He’d debuted for the USA within weeks of obtaining U.S. citizenship in 2001.)

His national-team career had stalled prior to the 2010 World Cup; he’d not played any games in the second half of the Hexagonal and had been excluded from the 2009 Confederations Cup squad that sensationally knocked off Spain – riding a 35-game unbeaten streak -- in the semifinals. Without the demands of national-team duty, he’d focused his energies on his family and club.

The change in culture and climate forced a few adjustments when he left Miami. With the Fusion, he’d grown vegetables in a home garden, followed a rigid nutritional discipline, and wore his hair in long dreads. The move to Colorado terminated his home farming activities and once wife Kelly started caring for their growing family, no longer could she devote the hour or so per week required to braid his locks. So he cut his hair short and left the Rasta look to a former teammate, Kyle Beckerman, who to his credit has yet to go conventional.

When MLS chose the Rapids to host the 2007 All-Star Game at its brand-new facility, Dick’s Sporting Goods Park, perhaps the most significant event leading up to the game was the “Pablo Party,” and that is what it said on the ticket. I don’t remember which nightclub hosted the event, but Mastroeni had picked the location and helped plan the event, and spent much of evening working the crowd to greet as many people as possible and also checking with staff to assure all was going smoothly.

Watching him shaking hands and hugging shoulders and laughing and posing for pictures confirmed my impression: this is one class dude.

Captaining the Rapids to the league title -- it had been 13 years since its only previous appearance in the championship game had yielded a 2-1 loss to D.C. United in 1997 -- seemed an ideal launching point for him and the team to finally establish a real presence in the tough Denver market. But it didn’t happen.

Colorado was an original member of the league when it started up in 1996, and its dramatic run to the title game the following year had done little to draw notice away from the Broncos, Rockies, Nuggets and Avalanche, which by winning the Stanley Cup in 1996 and 2001 had transformed the team from curiosity to legitimate big-league operation. Could the same happen to the Rapids?

Joining in the locker-room celebration and sporting the liquid stains on his suit to prove it was general manager Jeff Plush. When asked if the team could use its first title as a springboard for its increase its stature, he said, “I think we’re more relevant now in our market than we were a few hours ago.”

But as Mastroeni and his teammates soldiered on, the organization listed on and off the field. By the end of 2011, both Plush and head coach Gary Smith had departed. Hired as team president, Tim Hinchey got off to a good start by hiring Oscar Pareja, then an FC Dallas assistant coach, as head coach. Pareja’s acumen revived the Rapids, who reached the playoffs in his second season, but he then bolted to rejoin FCD as head coach.

Into the breach stepped Mastroeni, who had played his final season with the Galaxy while finally overcoming all post-concussion problems and took a job as a Rapids special assistant.

Mastroeni’s playing career went sour when he sustained concussions during preseason and the 2012 season opener. For months he endured severe headaches, dizziness, and nausea. He played just two games for Colorado during the 2012 season and though he got off to a decent start in 2013, Colorado traded him. Still, he jumped at the chance to go back once Pareja had left and Hinchey got in touch.

Hinchey and the Rapids started to change course in November 2014, when the team hired Padraig Smith as sporting director. A devotee of statistics and performance analysis, Smith took over management of the team’s salary cap and joined technical director Paul Bravo, another former Rapid who’d joined the staff in 2009, on the MLS technical committee.

According to a source close to the team, after Mastroeni’s second season in charge had ended with a last-place finish, Hinchey issued an ultimatum that in 2016, the team had to win by whatever means necessary. And it did.

The Rapids scored only 39 goals, fewer than any other playoff team, but led the league with just 32 conceded and finished second with a record of 15-6-13, a franchise record for victories in the post-shootout era. However, winning soccer didn’t translate into more fans: the average crowd of 16,278 was a slight increase from the 2015 figure of 15,657.

So Hinchey met with the coaching staff again after the 2016 season ended and delivered a different ultimatum: winning soccer wasn’t enough, the play needed to be more attractive. The Rapids had just posted their best regular-season finish and gone deeper into the playoffs -- the Western Conference finals -- since lifting the MLS Cup, but the makeover wasn’t pretty enough.

Bravo, according to the source, chose to leave rather than negotiate a new contract and invoke a major change in philosophy that contradicted what he’d been instructed to do a year earlier. Mastroeni went along, at least officially.

When Mastroeni went off on his rant about metrics and statistics punctuated by the line, “Stats will lose to the human spirit every day of the week,” the metric-centric contingent of the U.S. soccer community took it extremely personally. Yet in looking back, perhaps he was also taking a potshot at Smith and his much different way of evaluating player performance.

Team dynamics changed again when Hinchey announced he was leaving to take over USA Swimming, effective July 1. Smith was named interim general manager three weeks later, and the dismissal of Mastroeni this week formally consummated a changing of the guard. Former assistant Steve Cooke is the interim head coach, but Smith is the boss.

“We want a coach that is good at developing talented young players ... and wants to play attractive attacking football,” said Smith, who believed Mastroeni couldn’t help create such a team and/or didn’t deserve the chance to coach one.

For a head coach, a bad record is a bad record, and Mastroeni’s mark of 39-54-35 certainly qualifies. But the timing of the move smacks of retaliation and petulance; the transfer window is closed and the team is in the toilet. Playoff chances are infinitesimal but not impossible. Yet.

A man who gave 16 years as a player and coach to a floundering team could have been permitted to finish the season and leave gracefully upon its completion. Instead, he’s been kicked to the curb – a “club legend” branded as a loser as the Rapids have "fallen short of expectations" -- amid bold proclamations of a new direction.

That’s the way it works in pro sports. But I can’t help but think that if the Colorado Rapids’ organization had as much class as its former head coach, it would be as a successful as a man who held his hand over his heart 65 times as he heard the national anthem of his adopted nation.