U-16 keeper Defreitas-Hansen signs with Everton 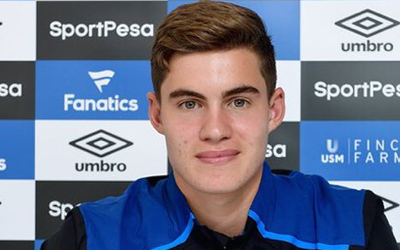 Defreitas-Hansen was the youngest starter on the Everton U-18s, who won the Generali CEE Cup this summer in the Czech Republic.

He is the latest youth national team player to leave Weston FC. After the end of Bradenton residency in Florida, starting U-17 keeper Justin Garces joined Atlanta United FC and U-17 midfielder George Acosta moved to North Carolina FC.

Another Weston FC keeper, Henry Mashburn, represented Honduras at the Under-20 World Cup and will attend the University of Michigan as a freshman this fall.