Shane O'Neill is on the move again in Europe, this time on a permanent transfer. The former Colorado Rapids defender joined Dutch Eredivisie club Excelsior Rotterdam from Cypriot club Apollon, which held his rights since his move to Europe in 2015. 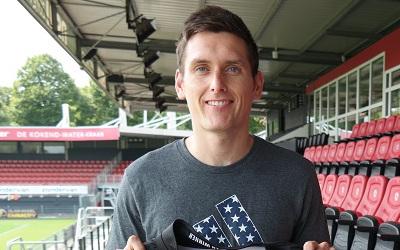 O'Neill, 23, played 53 games with the Rapids over four seasons but bounced around clubs in the Belgium and England before landing at NAC Breda, which he helped him promotion this season to the Eredivisie. All the time he was on loan from Apollon for which he never played.

The Irish-born O'Neill played for the USA at the 2013 Under-20 World Cup and traveled to Brazil for a pre-World Cup camp in January 2014 but has never been capped for the USA.

Excelsior also signed another former U.S. U-20 defender, Desevio Payne, who played three seasons for FC Groningen. Payne was on the bench for its first two games of the season.