Three years ago, David Villa's international career appeared to end when Spain, the defending champion, exited the 2014 World Cup in the first round and he moved to MLS. 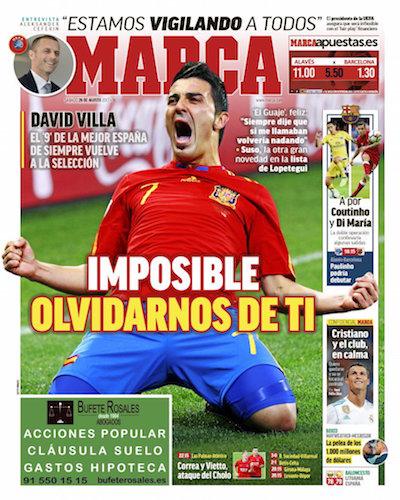 But Villa didn't stop dreaming of returning to La Roja. He said he'd anxiously await the release of the team roster to see if his name was on it. He knew Lopetegui and the Spain coaching staff had seen him play with NYCFC this season so there was a glimmer of hope. Villa has scored 19 goals and is given an excellent shot at becoming the first player to win back-to-back MLS MVP honors.

Well, Villa's dream came true on Thursday night when Lopetegui called him and told him he'd been recalled for World Cup qualifiers against Italy -- next Saturday at Madrid Bernabeu Stadium -- and Liechtenstein. Villa's name was on the list of players released Friday -- alongside those of old buddies like Gerard Pique, Sergio Ramos, Andres Iniesta and Sergio Busquets. 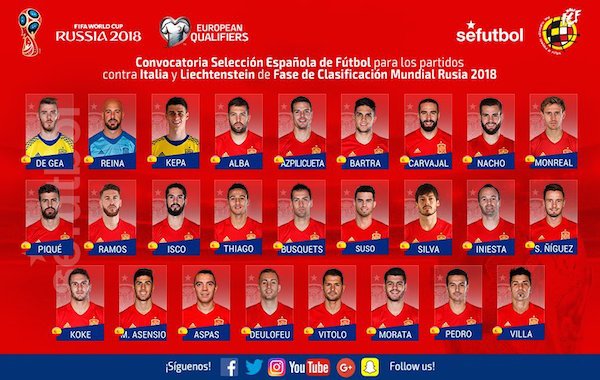 "We believe that calling up Villa is necessary and appropriate,” said Lopetegui after the team was announced. “He’ll give us extra mobility up front and above all he’ll contribute with his enthusiasm. He is very eager. We hope and believe he will help us.”

Villa, who replaced Diego Costa in the Spanish attack, said the call-up was a big moment for him but also for MLS, a credit to the progress of the league that he'd be rewarded with a recall.

"I never stopped thinking about it," he told reporters after NYCFC's 1-1 tie with the Red Bulls on Friday night. "I never thought about retiring, I always hoped for a call, but it did surprise me a lot. I know the manager had been coming to New York to see our games. I’m happy and grateful for the opportunity. I will try to do the best I can and not fail.”