Technical Advisors, who serve under Academy Director Miriam Hickey, develop scouting networks comprised of U.S. Soccer scouts and collegiate coaches to help identify elite talent. The TAs will provide scouting reports and player data to the Director of Talent to identify players to be invited to Training Centers and the youth national team camps. 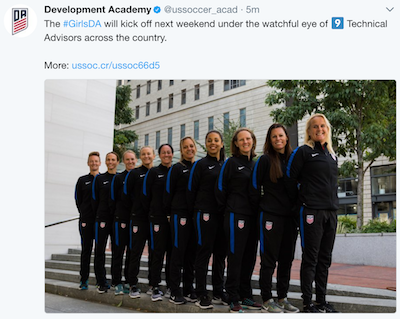 Ferrell most recently served as Senior Manager of Coach Recruitment and Education at New York Red Bulls, where she managed 171 part-time coaches. She has also been as an assistant women's coach at Fairleigh Dickinson and Seton Hall. She played semi-pro ball for the New Jersey Wildcats of the USL W-League.

McCormick served as the head coach of DePauw's women's team and since 2015 has worked as a U.S. Soccer Training Center staff coach and as a coaching education instructor for the Indiana Soccer State Association. She played for Indiana United of the WPSL in 2009-2012.