Anson Dorrance: It should be 'moral imperative to grow the game' so an NWSL player isn't making $16,000 (Part 2)

Anson Dorrance, who this season is aiming to win his 23rd national title with the University of North Carolina Tar Heels, also coached the USA to its first World Cup title 1991. Nearly 60 of his UNC players have played for the USA. Earlier this month, Sarina Wiegman, who was part of the UNC’s 1989 NCAA championship team along with Mia Hamm and Kristine Lilly, coached the Netherlands to the 2017 European Championship title. In Part 2 of our interview we asked Dorrance about the NWSL’s success and challenges, and state of the U.S. women’s national team. 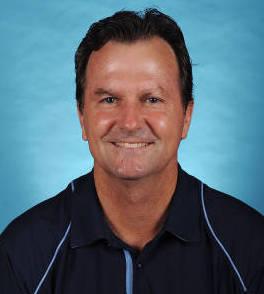 SOCCER AMERICA: How do you feel about the NWSL, now in its fifth season?

ANSON DORRANCE: Right out of the gate, I want to laud to Sunil Gulati [U.S. Soccer president] and having him as our leader step in and basically create a league that can survive as a business plan. We’ve got to give Sunil full credit, because it’s an extraordinary league.

I really feel like this league is fabulous and getting better and better.

But there was a stretch where I was very disappointed in our national team players. They exploited the league in the wrong way, in that it was basically their paycheck, but didn’t really "play for club."

SA: In what sense?

ANSON DORRANCE: They certainly played for country, but not for club, and that really disappointed me, because I thought they could really promote the players around them and make it a better and better league.

I really disliked the arrogance some of the full national team players had for their NWSL clubs, it was actually angering. I could watch a player playing for her club and for the national team, and I’m seeing a completely different player.

Now we’re beyond that. Now what I’m seeing from them is the opposite.

And I credit the professionalism of the young women now who realize, “If I want to become a truly great player I can’t just go into the national team camp and tear it up. I need to tear it up in the league.” And that’s bringing us closer to where the men’s game is, which is where all of us aspire to be in terms of the level on the women’s side. More and more of the first-line full national team players are playing for club. That’s good, not just for the league but also for our full women’s national team.

I love the evolution of the women’s league, where it is, where it’s going, the coaches they have in the league.

ANSON DORRANCE: If I’m anywhere near these coaches, Laura Harvey, or Paul Riley, Rory Dames, Mark Parsons, Jim Gabarra -- they’re fabulous. Anytime we play any of these teams, they’ve all got something to teach me. They’re willing to play us in the offseason. These are all fabulous coaches who are injected into the American women’s game in the most positive way. I learn a lot from watching their teams play and from talking to them.

I love having a pro team right here, North Carolina Courage, in our area, and I’m privileged that they let me do color commentary occasionally.

One of my assistants is a North Carolina Courage assistant and the information brought back from [head coach] Paul Riley into my environment is not only good for me and my staff, but great for my players.

SA: One of the issues in the news recently was the low salaries of NWSL players, the ones who aren't the allocated players, the national team stars whose salaries are paid by U.S. Soccer. Orlando Pride veteran Maddy Evans retired because she was making only $16,000. Maximum and minimum salaries are $41,700 and $15,000.

ANSON DORRANCE: We have to work on it. We have to develop the crowds.

How can a kid survive on $16,000 a year? The reason we’re paying her $16,000 a year in the NWSL is because we’re not attracting a large enough gate, because our game hasn’t been promoted enough, including at my level, and I take full responsibility.

Whatever happened in Portland [the Thorn averages nearly 17,000], whatever magic elixir occurred, I hope some sort of guru sits down with all the marketing people across the league and they try to steal the Portland formula.

All of us in the game have a moral imperative to attract people to women’s soccer. At UNC, we’ve hired a full-time person to market our women’s soccer program and we’re getting a new stadium, up in 2018.

All of us have to jump in and contribute in some way. 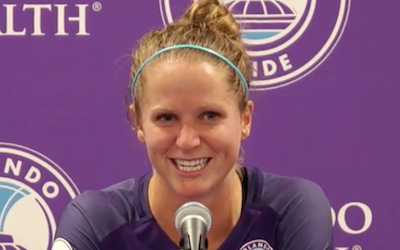 SA: I assume you followed the Netherlands winning the 2017 European Championship, coached by Sarina Wiegman, who played for you at UNC on its 1989 national championship team?

ANSON DORRANCE: I loved it. They were excellent, playing through the lines, playing indirectly and directly. It was interesting to see the positive qualities of the Dutch men’s game seeping into their women’s game. 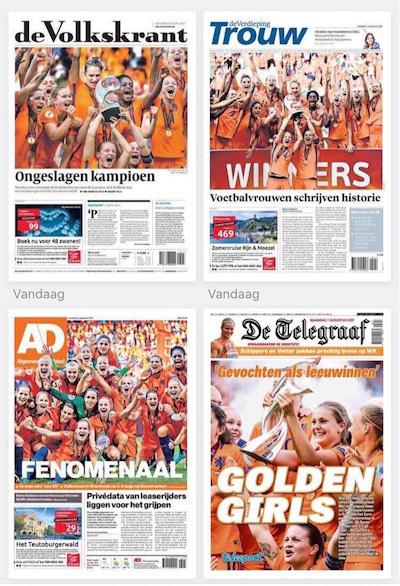 SA: How do you feel about the U.S. national team right now? Coach Jill Ellis’ team has lost three games this year, including for the first time ever against Australia?

ANSON DORRANCE: Those of us who have coached at that level understand the gig. The gig is to win world championships and Olympic gold medals.

All of these friendly games are basically preparation matches where you get to try out new players, new rosters, new ideas.

It’s also a way to let the veterans know there are footsteps and I want you to hear them.

Bring in a Rose Lavelle to challenge you so you’ve got to take care of business -- so you are committing to your club rather to just committing your country.

And the rest of the world is catching up. Australia is a heck of a team right now, and it’s not like it’s overnight.

The first half against Australia [a 3-1 U.S. win] in 2015 World Cup was not a U.S. domination. Even at last World Cup, they were good. Now they have a legitimate goalscorer [Samantha Kerr], who’s doing it our league.

We’ve got all kinds of challenges, so Jill’s got to continue to revamp her roster. She’s got to look at young kids, which is what she’s doing. And if you do that, you’re going to take some hits. But you have to look at it aggressively by bringing in these new players. The veterans have to know they have to fend of the youth and no one should be comfortable on the U.S. roster.

So I like a lot of things Jill’s doing.