DaMarcus Beasley, the youngest player during Bruce Arena's first World Cup cycle, is now his elder statesman, the first player who has played in five qualifying cycles. Called up for the fourth time in 2017, Beasley left Houston just before Hurricane Harvey hit. 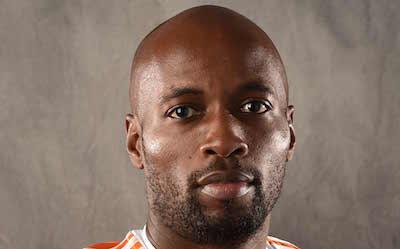 “I left on Friday," he said on Monday at the U.S. practice held at in Whippany, New Jersey. "Obviously, the game got canceled this weekend with Kansas City, I was able to get out early. I’ve been here ever since.”

The Houston Dynamo's game against Sporting Kansas City was postponed, allowing Beasley to leave early, though several of his teammates had a harder time.

Hondurans Romell Quioto and Alberth Elis finally made it to Dallas Sunday night and flew out to join the Catrachos, who play at Trinidad & Tobago on Friday. Panamanian defender Adolfo Machado was headed to Dallas on Monday to fly to Mexico City, where he will join the Canaleros for their match against Mexico.

Beasley has been getting updates from neighbors about his home in the Houston suburb of Pearland, which wasn't as hard hit as other parts of the Texas coast. Still, the street and driveway in front of his home, which is elevated, were flooded.

At 35, Beasley appreciates the opportunities Arena has given him and the chance to contribute at left back, where he is the backup to Jorge Villafana, the first natural left back, as Beasley points out, the USA has had in a long time.

Beasley came out of international retirement after the 2014 World Cup to play for the USA in the one-off Concacaf Cup against Mexico in October 2015. He's started only once in Arena's 14 games in charge of the national team but it was a big one: the 1-1 tie with Mexico at Azteca Stadium in June.

If the USA qualifies and Arena takes him to Russia, Beasley will become the first American who's gone to five World Cups but he isn't thinking about that now.

“I take every camp as it is," he said, "another opportunity to get three points and qualify for the World Cup."