The Houston Dash's NWSL game against Seattle Reign scheduled for Sunday has been moved to Frisco, Texas, 266 miles away, in the aftermath of Hurricane Harvey that hit southeast Texas. The game will be played at Toyota Stadium, home of MLS's FC Dallas, and will kick off at 8 p.m. ET. 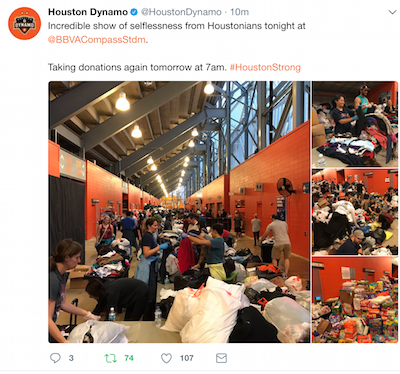 NWSL managing director of operations Amanda Duffy: "Given the impact of Hurricane Harvey and the current circumstances in the greater Houston area, it was necessary to find a solution for this game that prioritized the safety of the players, staff and fans during this challenging time."