Lights go on in Las Vegas

The USL expansion team in Las Vegas will be known as Las Vegas Lights FC. It will begin play in 2018 and play at Cashman Field in downtown Las Vegas. 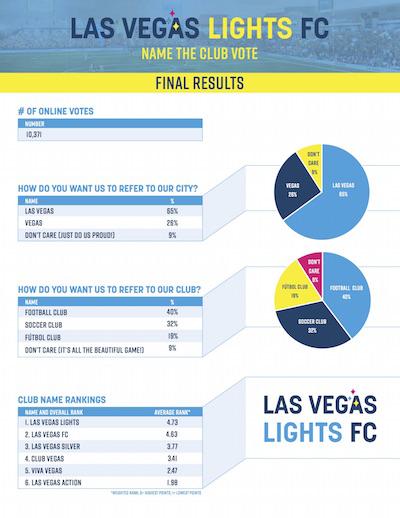 Earlier this summer, the Las Vegas city council voted to approve the use of Cashman Field -- home of the AAA baseball 51s -- for soccer, and the USL approved the Las Vegas team as the league's third expansion team for the 2018 season after Nashville SC and Fresno FC.

The club is owned by Las Vegas resident Brett Lashbrook and his family. He is the former chief operating officer of MLS's Orlando City, whose expansion bid he successfully ran. Before that, he served as legal counsel and special assistant to the Commissioner’s office at MLS for seven seasons.

Next step. The public has been invited to ideas and concepts for designs and colors for the new logo.