What were you doing around Christmas at age 18? Christian Pulisic will get to be a global ambassador for the inaugural Prospects Cup, a youth level for 12-year-old players Univision is launching Dec. 18-22 in Kissimmee, Florida. 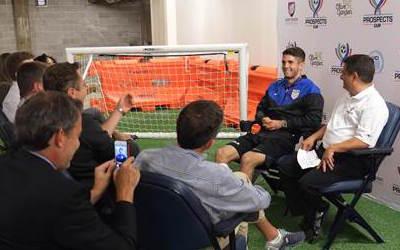 The round-robin tournament will include 16 boys teams at ChampionsGate Sports Field Complex.

Pulisic said he and his family planned to attend the event at the Omni Orlando Resort. Dortmund's last game before the Christmas break is Dec. 16.