French freak-out all about nothing

France entered Matchday 7 of its 10-game World Cup 2018 qualifying with some concerns.

A shock loss to Sweden in June had dropped the Bleus into second place in Group A, and a slip-up against the Netherlands at home on Thursday would have dropped them into third place.

In Concacaf, third place is worth a ticket to Russia; fourth place is good enough for a playoff spot. European qualifying is so strict that even second place doesn't guarantee a playoff spot.

The French freak-out extended to the Bleus' attack. Despite the deepest frontline in the world -- Ousmane Dembele, sold to Barcelona for a fee that could reach $175 million, wasn't included in the squad for the two September qualifiers -- there were concerns that it would not be up to the task.

On Tuesday, L'Equipe reported that head coach Didier Deschamps had every reason to be worried about who to pick for Thursday's game against the Dutch at the Stade de France.

Star Antoine Griezmann had been red carded playing for Atletico Madrid and played just 67 minutes in official competition this season. Kylian Mbappe had not played since Aug. 4 as Monaco sorted out his transfer to Paris St. Germain. And Olivier Giroud, France's most reliable striker, had been dropped from the Arsenal starting lineup. 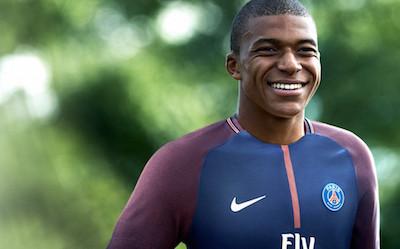 They made those concerns look just a little silly as it rolled to a 4-0 win, handing the hapless Dutch their worst defeat ever in an official competition.

Griezmann and Giroud played a one-two, allowing Griezmann to break clear and score  through the legs of Jasper Cillessen in the 14th minute. Any chances the Dutch had of getting back in the game ended when Kevin Strootman was shown a second yellow card in the 61st minute.

The last quarter of an hour was a rout as winger Thomas Lemar scored on a volley, then added a second goal thanks to Griezmann, and Mbappe, a second-half sub, finished off the scoring in the 90th minute. France was back in first place as Sweden lost to Bulgaria, 3-2.

All the while, the market for French attackers went on. Earlier on Thursday, Paris St. Germain completed its acquisition of Mbappe -- a loan deal that will become permanent next season for a fee of $214 million.

Meanwhile, Arsenal tried to pry Lemar away from Monaco before the English window closed Thursday. It reportedly offered $110 million, but the deal could not get done in time.

Lemar had other business to attend to. Like putting French doubters in their place.