St. Louis was viewed to be at the top of MLS's list for expansion prospects but seemingly dropped out of the race early when a soccer stadium funding plan was defeated by city voters.

But Paul Edgerley, the chairman of the soccer ownership group, told the St. Louis Post-Dispatch that it still seeking a solution. 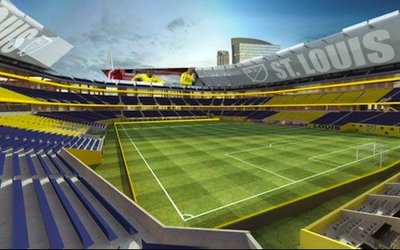 "We firmly believe St. Louis would be an extraordinary MLS market and the city would greatly benefit from both having a team and a multipurpose downtown stadium," Edgerley said in a statement Monday evening. "We remain committed to providing more than a quarter of a billion dollars of private investment for the project, both to pay the expansion fee and to fund the majority of the cost to build the stadium."

Why St. Louis is still alive. The statement followed a report that St. Louis would likely win one of the first two expansion spots if it could finish its stadium deal. The soccer ownership group has committed $120 million of the $180 million to build a stadium it hoped would fill the downtown void left by the departure of the NFL Rams to Los Angeles. It was seeking the remaining $60 million from Proposition 2, which voters rejected in April 53 percent to 47 percent.

What keeps the St. Louis bid in the hunt is no other city except Sacramento yet has a solid stadium deal necessary to win MLS approval in December. Nashville has been gaining steam but its stadium plan is up against an aggressive timetable to win funding approval. Detroit is in St. Louis' class in terms of its strength of its ownership group, but its stadium deal is contingent on a complicated development plan -- the group's own development plan and Detroit's effort to build a new jail complex.