The United Bid Committee seeking to bring the 2026 World Cup to the USA, Canada and Mexico received confirmations from 41 of 44 cities and 44 and 49 stadiums that it reached out to for declarations of interest in hosting matches. 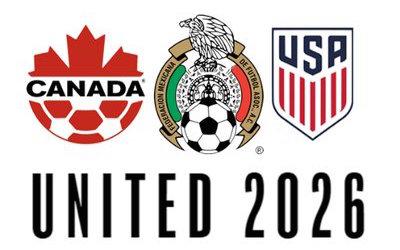 The three cities that didn't affirm their interest are Green Bay (Lambeau Field isn't wide enough), San Diego (Qualcomm Stadium's future is uncertain) and Calgary (no plan to get McMahon Stadium to 40,000 seats). In both Montreal and Toronto, one of the two stadiums drop out: Stade Saputo and Rogers Centre, respectively.

In the only other change in the bidding process, the timeline for coming up with a shortlist has been extended from late September to some time in the fall.

Key Dates:
Fall 2017. Bid committee will issue a shortlist of cities and then provide more detailed bid documentation.
Early January 2018. Cities must their final bids.
March 16, 2018. Bid committees must be submit final bids to meet FIFA's technical specifications (yet to be distributed). If no bid meets FIFA's terms, the 2026 hosting race will be opened up to all members (including Europe and Asia).
June 13, 2018. If any bid passes FIFA's technical requirements, it will be presented to the FIFA Congress in Moscow. Unlike other World Cup bid campaigns that went to the FIFA executive committee (since replaced by the FIFA council), the 2026 World Cup hosting rights will be voted upon by full membership of 211 federations.

Requirements: All stadiums are required to have at least 40,000 seats for group stage matches, and a capacity of at least 80,000 to be considered for the opening game and final. 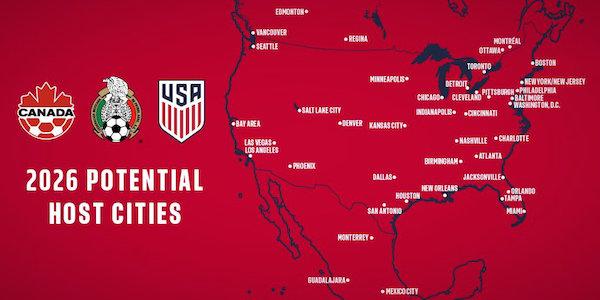 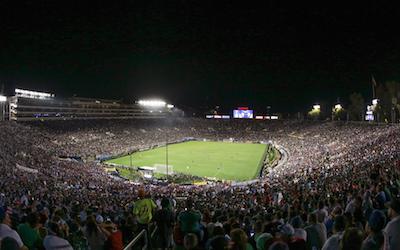