Erik Palmer-Brown, who captained the USA at the 2017 Under-20 World Cup, should join Manchester City when his contract at Sporting KC expires at the end of the year, sources out of England told Metro. 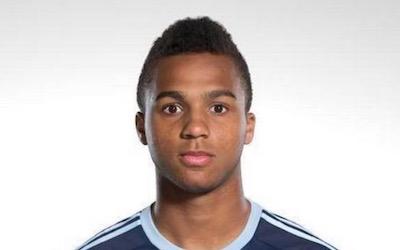 Palmer-Brown became the youngest defender to start in MLS when he debuted for Sporting KC in 2014. He has played just 18 MLS games in four seasons. He spent the 2016 on loan to FC Porto B and helped the club win the LigaPro -- Portugal's second division -- title in May 2016.

Palmer-Brown was considered a target of Juventus but no transfer agreement was ever made. Metro reported Paris St. Germain, PSV Eindhoven and Ajax were among other clubs interested in signing him.

He attracted interest after his strong play for the USA at the U-20 World Cup, where the USA reached the quarterfinals.