At the beginning of the Liga MX season, 18-year-old California Jonathan Gonzalez got a shot at playing for Monterrey because Mexican international Jesus Molina was on national team duty at the Gold Cup. Now, Gonzalez is a talisman for Rayados, unbeaten in the seven games he has played, including six starts. 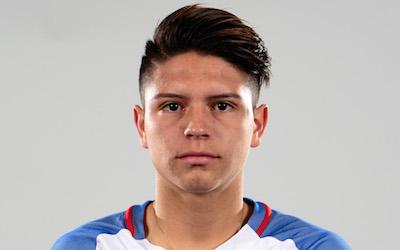 Gonzalez played for the USA in 2017 Under-20 World Cup qualifying but qualifies as a Mexican because he joined Monterrey before his 19th birthday. His father, Alonso, emigrated from Guanajuato at age 18. Jonathan joined Monterrey's academy program at age 14 from Atletico Santa Rosa after being discovered at the Alianza de Futbol showcase.

Gonzalez's Mexican background is of special value to Monterrey because he counts as one of eight Mexicans toward the 10-8 quota -- a maximum of 10 foreigners and minimum of eight Mexicans on the game-day squad -- teams are required to meet.

Rayados also started three Argentines, two Colombians and one Paraguayan and one Uruguayan against Necaxa.

The situation for Mexicans is so bad at Tijuana that surging Xolos started more Americans -- Michael Orozco and Joe Corona -- than Mexicans -- just keeper Manuel Lajud -- for the 2-0 win at UNAM on Sunday. Tijuana, which moved into third place after opening the season with three straight losses, started six Argentines and one Uruguay.

Orozco and Corona also count as Mexicans because they came before their 19th birthday. Dreamer Rafael Baca, who attended Loyola Marymount University and played for the San Jose Earthquakes before joining Cruz Azul, counts as a foreigner even though he is a Mexican citizen because he didn't register with a Mexican club until he was 24.