Pro/rel, the look from the bottom up

Much of the talk about promotion-relegation has focused on the top. How do you compensate owners for their investment in MLS? How do you handle contractual obligations made based on a club's position in MLS? And how do you compensate public authorities for moneys spent on the basis that a club would be in MLS? 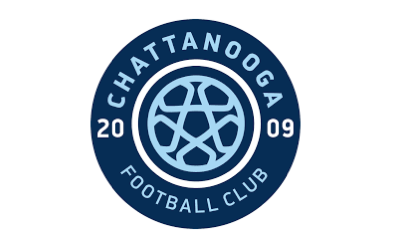 Until now, there are no plans for promotion-relegation because MLS won't consider it and there is nothing below the second division NASL and USL for a team to be relegated to even if owners were willing to take the fall.

The NISA is trying to launch as a third division league with plans for promotion and relegation with yet-to-be-determined leagues once it is fully populated (24 teams). It announced it had received applications from eight markets though media coverage in those markets about who has committed to invest was minimal.

As it exists now, Chattanooga FC is a sustainable business. Of the 28 independent pro teams in the USL and NASL, only 11 teams average more than the 4,911 fans Chattanooga FC averaged in 2017. (That includes a crowd of 12,484 for a preseason game against Atlanta United in February.)

Kelly, a successful Chattanooga car dealer, told the Times Free Press the move to a professional league would be "a financially riskier proposition, but on the other hand we'd be a legitimate professional team, whereas right now we're a glorified adult-league team."

It's not the only question Kelly and his CFC colleagues have to answer, but the essential business question is, whether for every additional dollar spent because it is a pro club -- salaries for players and coaches and additional front-office staff, increased stadium costs, travel expenses, league-office expenses, let alone costs of getting into player development -- will it made an additional dollar over the revenues it already brings in?

"We’ve struggled with it mightily, to be honest," he said, "but as the saying goes, you never cross the same river twice. We’ve had a remarkable record running an amateur soccer team, but there’s only so much we can do three and a half months a year, and we think our city and our fans want more. We feel the third division is a perfect fit for us, and NISA has a great structure and business proposition."

Kelly's confidence in making the jump is based on Chattanooga FC's success to date and the club's ability to do more with less. (He considers U.S. Soccer's staffing mandates for Division 3 "oddly arbitrary, though I understand them as proxies for commitment and stability.") He adds more going forward -- as in more staff -- will actually make the club's job easier.

An extended season would present new opportunities for Chattanooga FC -- 15 homes dates vs. 10, on which it's almost impossible to operate a minor-league sports team -- as well as new challenges -- scheduling issues and competition from football in the fall.

Chattanooga FC is an extreme example, contemplating the move from amateur to pro, but also an established soccer club in its market. It also has the luxury of choosing -- and choosing on its own time frame.

Chattanooga FC is not deciding whether to ramp up its operations because it is seeking promotion. (It would have not gained promotion in 2017 if it existed because it lost in the first round of the divisional playoffs to Inter Nashville FC.) And it is not having to ramp up within a four-month window triggered by pro/rel, between the end of one season and start of the next season. Its decision is being made based on a 2019 pro launch, 19 months down the road.

Still, Chattanooga FC is attracted by the pro/rel concept. Until it is implemented, Kelly told Midfield Press, American soccer is "just whistling past the graveyard."

The argument for pro/rel is that it will trigger greater competition -- and all sorts of new spending as clubs seek to win promotion to the next level. And the concept has found an audience at least willing to listen: young soccer-savvy activists interested in spending money on soccer.

But on top of spending to win promotion, clubs will have to be committed to spending required at that next level, all the way up the ladder, from the bottom, wherever that is, to the third division to the second and to the first. In a certain sense, Kelly may be right: U.S. Soccer's divisional mandates are arbitrary. But there is no escaping that pro soccer operates in the bigger world of American sports and entertainment and requires operating standards and stadium standards -- FIFA's "licensing procedure" -- to have any chance of survival.

If six years ago, when NASL owners broke off from the USL, you had to wager who'd come out stronger, you'd have never bet on the USL. The USL has won out for many reasons, one of which has been its league model, raising the standards of its clubs and weeding out owners who could no longer make the jump, compared to the NASL's laissez-faire model.

For clubs to achieve the ultimate prize of pro/rel, promotion to MLS, the challenge will be that they will be MLS clubs-in-waiting, committed to MLS's ownership, stadium and capital requirements (player spending, staffing, promotion, stadium, player development) by the time they reach the second division without actually yet being in MLS or having any guarantee they will ever make MLS.

mls, nisa, npsl
21 comments about "Pro/rel, the look from the bottom up".
Read more comments >
Next story loading