Keaton Parks gets first goal for new club Benfica B

Young Texan Keaton Parks, who was frozen out of the first team at Portuguese second division Varzim and took his fight for freedom all the way to the Court of Arbitration for Sport, scored his first goal and added an assist for new second division club Benfica B in its 3-0 win over Real. 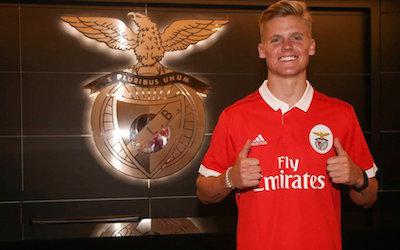 Parks, 20, debuted for Varzim last fall and scored two goals in 10 games, but he didn't play a league game in the second half of the season when he did not agree to a move to Portimonense.

Parks, who wanted to join Benfica B, took his case to Portugal's Joint Arbitration Commission and Varzim then took the case to CAS after the first court agreed with Parks' request for contract rescission.