Four months after expressing interest in running, Boston attorney Steve Gans  threw his name into the hat for the U.S. Soccer presidency. In an interview with Soccer America, Gans, a former college player and parent of a current college player, said the theme of his campaign will be change and fairness. 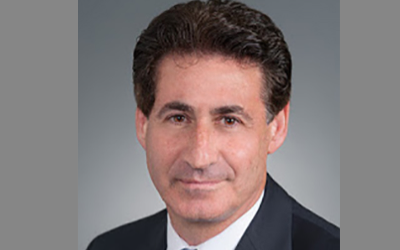 Sunil Gulati has been U.S. Soccer president since 2006 and never been challenged. He was elected to successive four-year terms in 2006, 2010 and 2014. New U.S. Soccer term limits were approved with Gulati's support in March, but he will be allowed to run for one more term in 2018.

February election. Gulati has made no announcement about whether he will seek another term. The election will be held at U.S. Soccer's next annual general meeting Feb. 8-11 in Orlando. It comes as American soccer is presented with unprecedented opportunities and faces continued challenges.

The United States is part of a bidding group that is expected to secure the hosting rights to the 2026 World Cup, and MLS is exploring bids that will take it up to 28 teams in the next decade. But the USA sits in fourth place with two games to play in World Cup qualifying. Millions of children play the game, but player development remains a huge issue.

Listening tour. Following his expression of interest in May, Gans was approached by many members of the soccer community and met with members of the U.S. Soccer voting constituency, which consists of youth, adult, pro and athletes councils, and attended the U.S. Youth Soccer AGM in Dallas in late July.

Political and legal support. Gans has formed a steering committee and taken on Scott Ferson, the late Senator Edward Kennedy’s press secretary and a counselor to Democratic candidates considering running for elected office, as a volunteer adviser. He has also had the support of his law firm Prince Lobel, which has represented him on issues that have arisen related to U.S. Soccer's election policies.

"I was enthusiastic about doing this before," he said. "I am now even more enthusiastic and passionate. The feeling was overwhelming from all constituencies that they want change. Members feel they have been marginalized and/or taken for granted."

'There is a lot of dysfunction.' Gans said he wants to give all constituencies the same attention as the national team programs get from Gulati even if the revenues they generate are a fraction of what the national teams bring in. He also feels he can move the national teams forward and improve American soccer's standing.

Gans served on the board of directors of and as legal counsel to FC Boston, an original member of U.S. Soccer's Development Academy program first known as the Greater Boston Bolts. He founded Professional Soccer Advisors, which has represented European clubs working in the U.S. market.

He said European clubs marvel at how American soccer handles fan engagement and corporate support but that's it. "We are not respected as a soccer nation," he said. "We are dismissed. We can raise this boat."

'It feels like 1989.' Gans questioned the decision to extend Jurgen Klinsmann's contract before the 2014 World Cup only to dismiss him in November 2016. U.S. Soccer has had to pay Klinsmann and the national team finds itself in danger of not qualifying for the World Cup after eight straight appearances.